A family who fought for weed

– We think that one should learn children to use everything in a reasonable way – say Laura and Juan. What if your parents were weed activists?

We have been collecting material to the story about how Uruguay legalized the grow of marihuana for a week now. We are standing right in front of Association for Studies on Cannabis in Uruguay (Spanish acronym is AECU). The wall is painted with graffiti which pictures a field of cannabis in blossom. Small door lead to a basement, they as if they were taken from “Alice in Wonderland”. 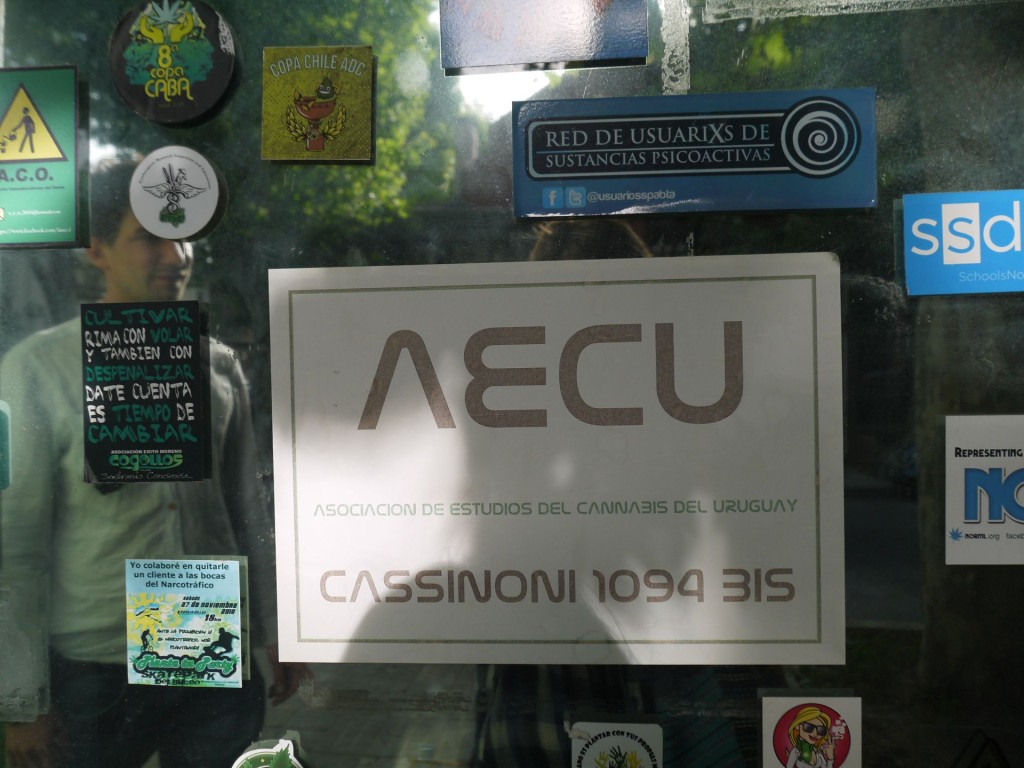 We open the door and enter a room full of smoke. Laura Blanco, an actress and number one activist in favor of legalizing marihuana in Uruguay, sits by the computer. Around ten years ago, together with her partner Juan Vaz, they organized a campaign Plantatuplanta (Plant your own plant) which inaugurated long run for regulated cannabis market. Few people assisted first marches and Juan Vaz appeared with a mask on his face – nobody wanted to be recognized back then. But more and more people came, even a couple of thousands – which is a real mass for such a small country like Uruguay (its population reaches 3,5 million, of which 1,5 million live in the capital Montevideo.)

In 2007 Juan was imprisoned. His neighbours reported to the police that he was growing marihuana in his garden. He spent almost a year in prison. After three months in hell (11 prisoners crowded in a cell made for 6, 2 bodies were found on a patio) he was moved to more pleasant detention facility. He spent the rest of his sentence on reading books on marihuana and prohibition policy.

– We were hard in the court. We presented the following argument: if we have a right to use and possess marihuana but we can’t grow it, it means that the judge sends us to the black market so we buy it from drug dealers. It worked a treat. We made things happen. The laws always come the last – says Laura and offers us a joint.

She tells us the whole story. How they established AECU in 2007 with a group of friends. Today they count more than 900 members, a doctor among them. He advises to the users such as elderly or sick people how to administrate medical marihuana.

Suddenly Laura slows down, we have an impression that she starts to speak in English with us. But we aren’t sure. Nothing is sure anymore.

For the first time in our lives we stop the interview. Simon almost faints. Pure weed that Laura inhales with no visible effect on her turns out to be way too strong for us.

We come back after a couple of days later to talk with Laura about her activism and motherhood. 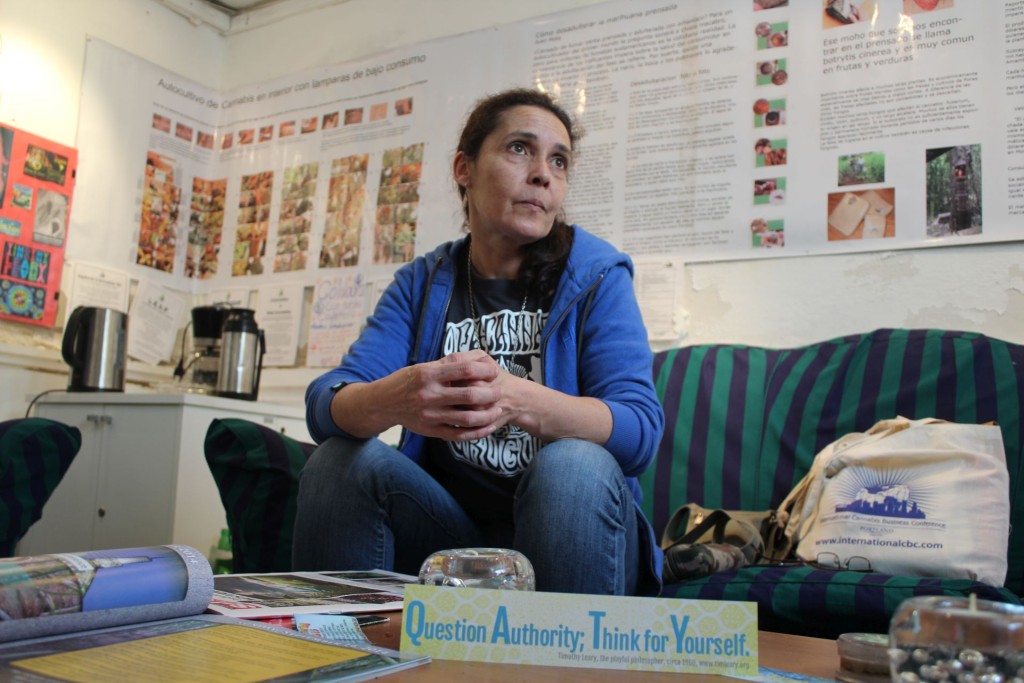 – People are surprised when they found out we work and have regular families. We are a functional part of a society, despite the fact that we smoke marihuana. If my daughters would like to try any kind of drug I prefer them to do that at home where we can take care of them. They would be safe and we would know how to help them in case they don’t feel well – Laura explains.

She also tell us the story of one of her daughters. When she was 14 years old she felt like making herself a tattoo. Laura didn’t say no. She only told her that the tattoo is for life so she better be sure about the pattern. Four years were gone and she still hasn’t decided on that matter.

– And if your daughter would like to take drugs without her mummy? – we ask.

– Prohibition makes it all unclear, all equally bad – Laura speaks like if it was a lecture. – The only person who informs you about drug effects is a dealer. But he doesn’t even know what he offers you! That’s why I want my daughter to smoke weed from a secure source.

* We spent a couple of weeks checking out how Uruguay handles marihuana issue three years after legalizing it. In the last episode we described a story of gardener Pablo who works in a cannabis club. You can read more about it hear.

In the next episode you will read about a doctor who has treated hard drug addicts with marihuana for over 20 years. Stay tuned.