Impoverished neighborhoods usually hide discreetly behind the door of big cities. But in Rio de Janeiro they are arrogant – they climb up the hills right in the heart of the city. Scientists and journalists see them as “social pyramids”. Others as a symbol of the bottom of the society with its viciados (drug addicts), bebados (drunkers) and vagabundos (criminals). 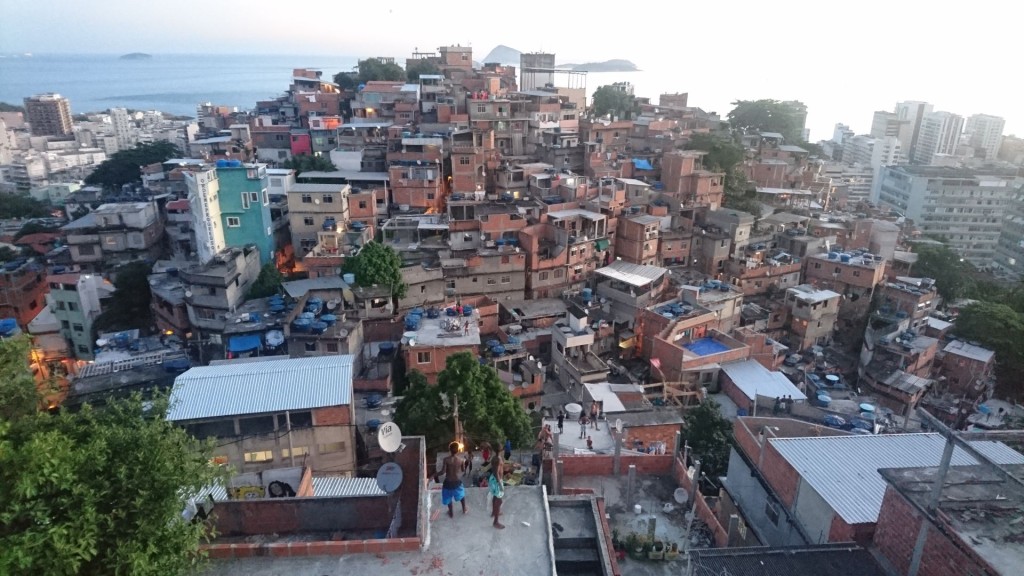 Favelas has been fighting with those stereotypes for more than a century now. Rio’s municipality first entered the hills in 1907 but the world heard about favelas only 50 years later when director Marcel Camus hired Berno Mello, an unemployed football player, to perform leading part in his movie “Black Orfeus”. It was a love story which took place in the hill of Babilonia and was awarded an Oscar in 1959. Back then in Rio de Janeiro there where 335 thousands people living in 147 slums. Today there are more than 1,5 million of inhabitants who squeeze into 752 favelas. 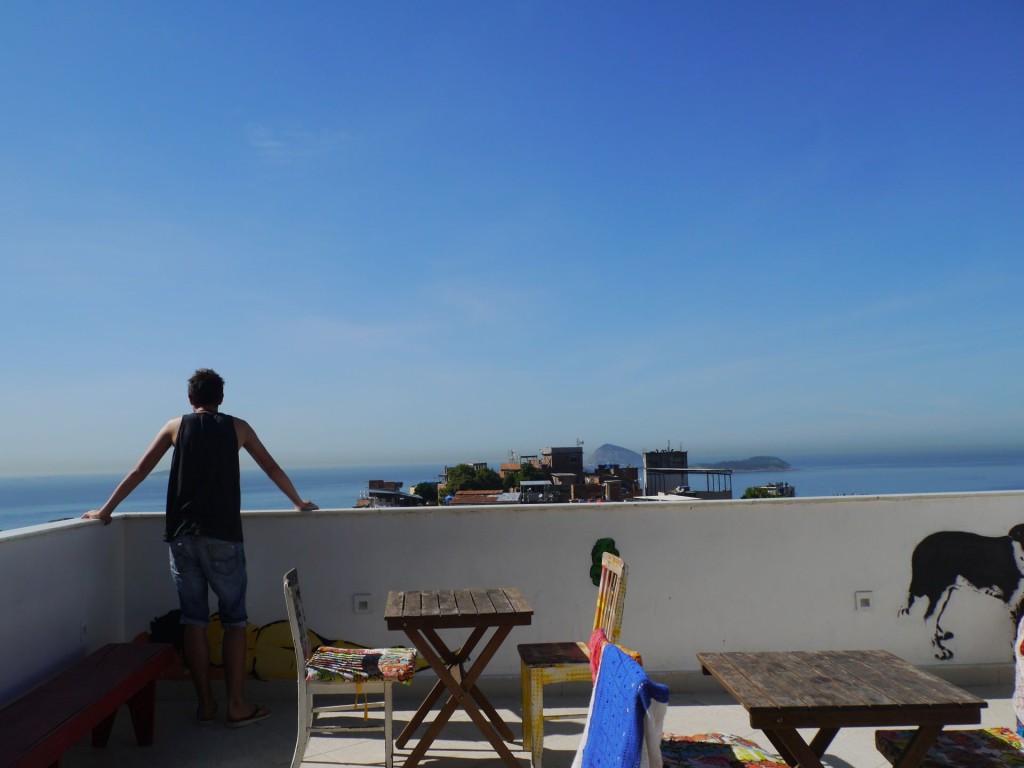 Some of those favelas are:

Mountains of Babilonia with gardens of garbage. They were settled in the beginning of XXth century by black immigrants from the Northeast. They came here because as they regained their liberty they also lost their jobs. They worked carving tunnels for trams. Near tram station there was a bar where they used to buy Babilonia beer. This is the origin of this favela’s name.

Complexo de Alemao. For locals it is more Gaza Strip than “German Compound” as it’s called in Portuguese. In fact, it should be called “Polish Compound” because it was established on the grounds which used to belong to a Polish citizen Leopold Kaczmarkiewicz. But his neighbours where sure he was German. Thus the confusion. 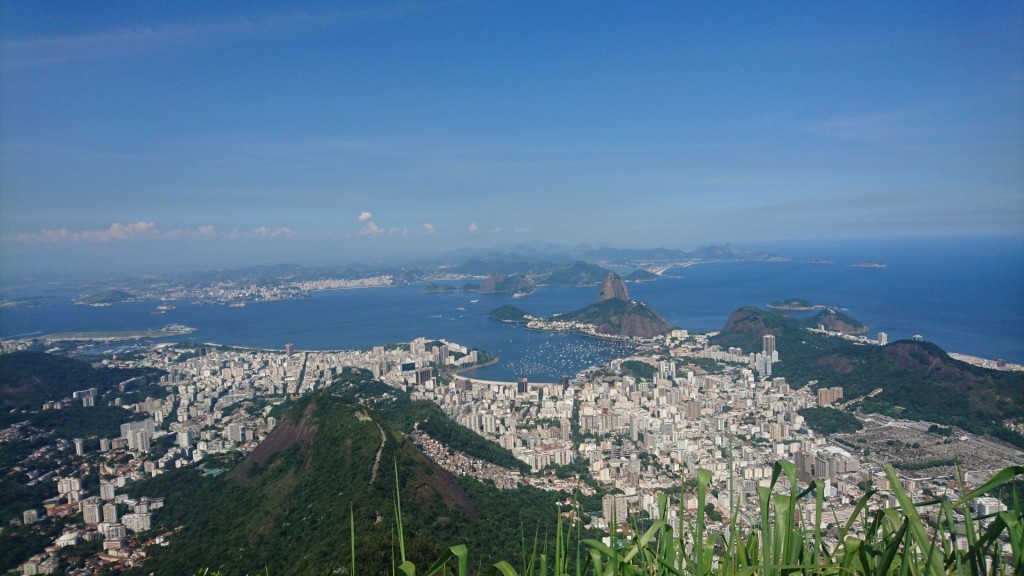 Rocinha. The biggest one – 300 thousand people live in here. They have sewing system and their own TV channel: Ghetto TV.

Morro de Macacos. In 2009 on The Hill of Monkeys there was a fight between two gangs: Comando Vermelho (Red Command) and Amigos dos Amigos (Friends of Friends). Police mixed in with a helicopter which fell down. 12 people died.

Jacarezinho. The Little Aligator is the place where Romario was born.

Ciudade de Deus. It has its own currency called CDD and it’s famous for starring in the movie “City of God”.

Santa Marta. The steepest one. Here Michael Jackson filmed music video for his song “They don’t care about us”. 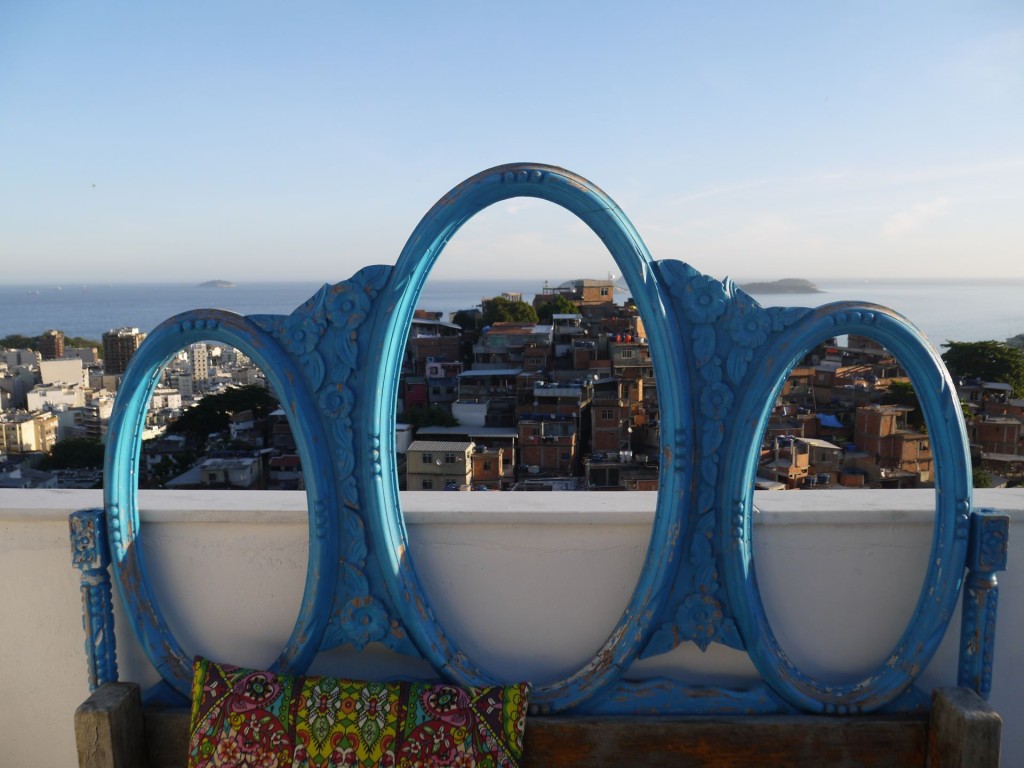 Half a century has passed and favelas don’t fit to any definition any more. Webster dictionary defines them as “settlements of huts made of wood or cardboard, placed on the outskirts of Brazilian cities”. Today not a single part of this description is true.

– We can’t perceive favelas through their illegality, lack of sewing or electricity, or the material used to construct their building. Defining them as districts of poverty is not a mistake, it is foolishness. Not all of the people who live in favelas are poor and not all poverty lives in the favelas – writes Janice Perlman.

The North American anthropologist first investigated on Rio’s hills in 1968. 40 years later she came back to the city to compare results. Through posters and television she found 307 from 750 persons she had enquired in the sixties. Still most of them lived in favelas but they led a completely different life. 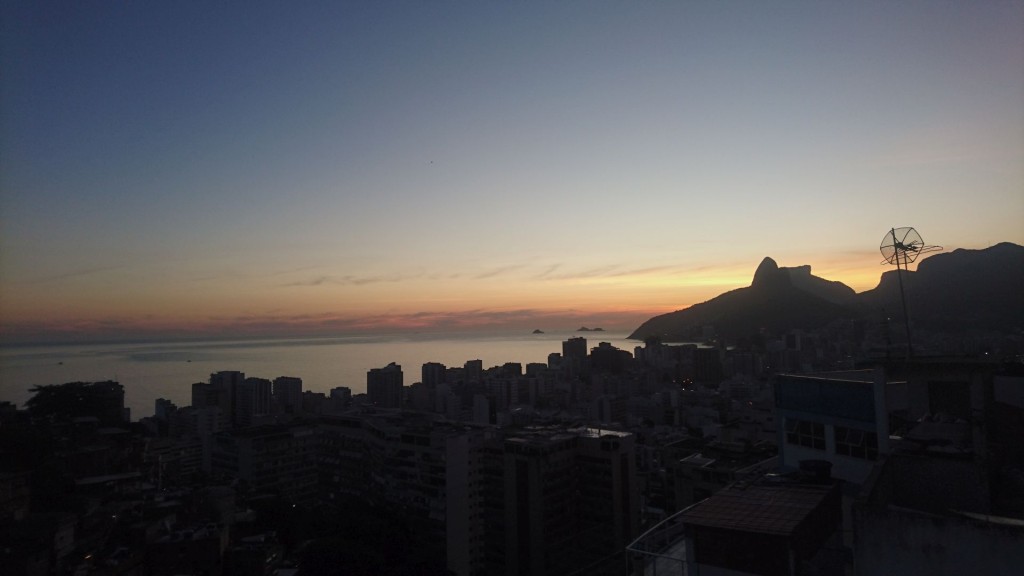 Today we can observe the biggest change in favelas. In many of them we saw interesting projects like surfing school in Cantagalo, fashion school Casa Geracao in Vidigal or football schools of Favela Street in Complexo Alemao. Recently we stayed in Cantagalo which stands for “The Crowing Cock” because many of its inhabitants live from breeding cocks (you can hear them crowing at every hour of night and early morning). 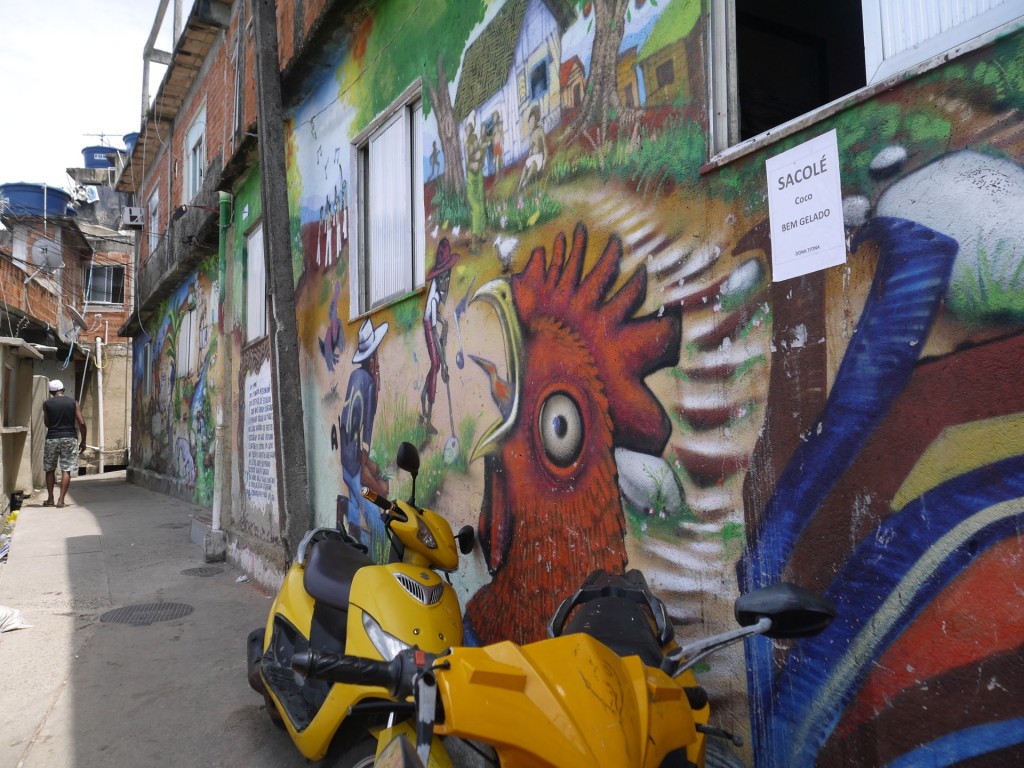 There was a guy from New Zeeland who decided to run hostel where all the furniture is recycled: beds made of pallets, wardrobes – of old refrigerators, hangers – of works, lamps – of graters. Tourists need to cross a labyrinth of stairs before they get here. They decide to do so because they are budget travelers but also because they are curious. Each year there are more of them. They have the best view of the city. While they enjoy their stay they have a chance to break the stereotypes about favelas that world media put in our heads. 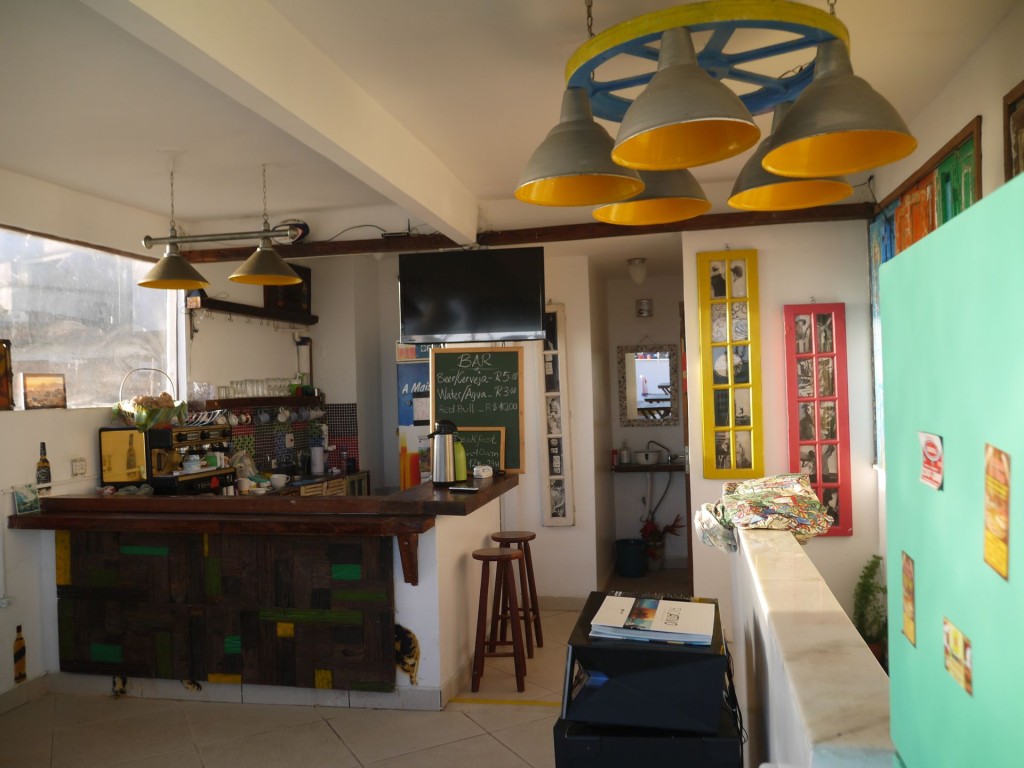 We got friends with Norma who works in the hostel and her daughter, a document movie director. They took us on a tour around favela and showed us its open Museum of the Favela. It consists of graffiti’s painted on different walls of the community. They commemorate important events and they tell the history of this place: about first settlers who had to bring water on their necks, about church which was the first brick-built building or about neighbors killed by police during the pacification. All of it it’s just a 10 minute walk from the most famous beach of Rio – Copacabana. 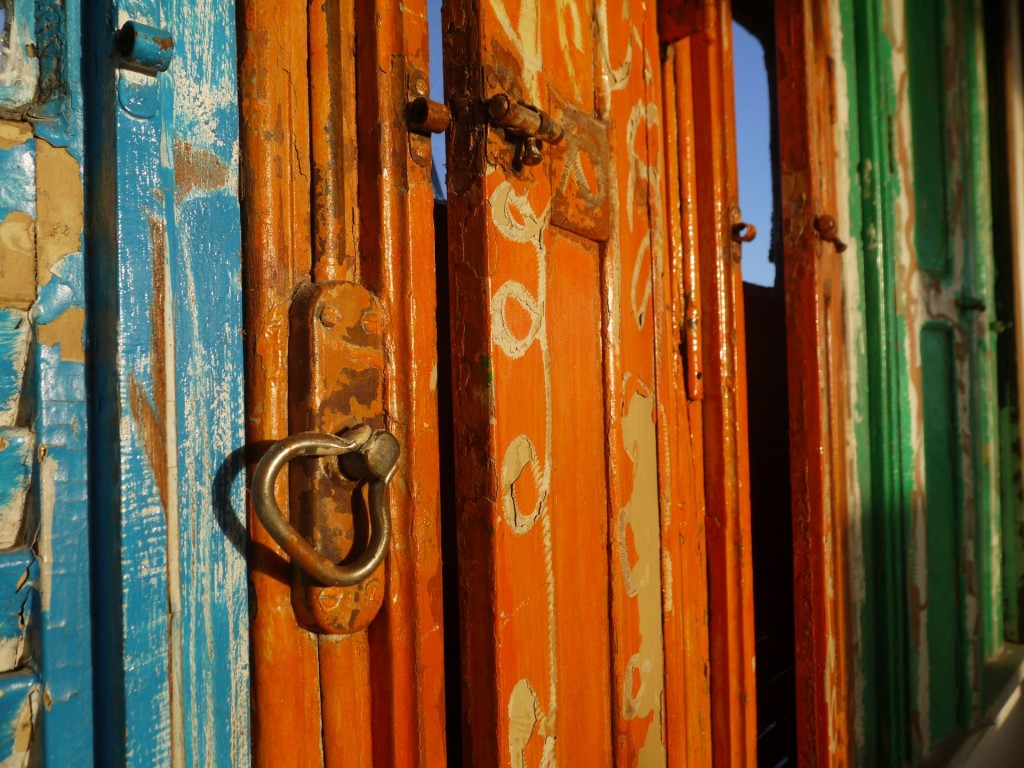 – Here is our „highway” – Norma’s daughter shows us the widest street in the whole district. Two cars would have a problem to fit one next to another. – Here we go out to dance, it’s the widest surface we have – she smiles.

Residents of favela aren’t surprised to see a tourist but they don’t like to be photographed. Some of them are also unhappy about foreigners taking over buildings and making business in their district. That is why in the hostel which belongs to the guy from New Zeeland the air-conditioning hasn’t worked for a month. – Somebody cut the cables and it wasn’t for the first time – says Norma with a smile.

Still, we won’t change our minds: favela is the best place to stay in Rio. 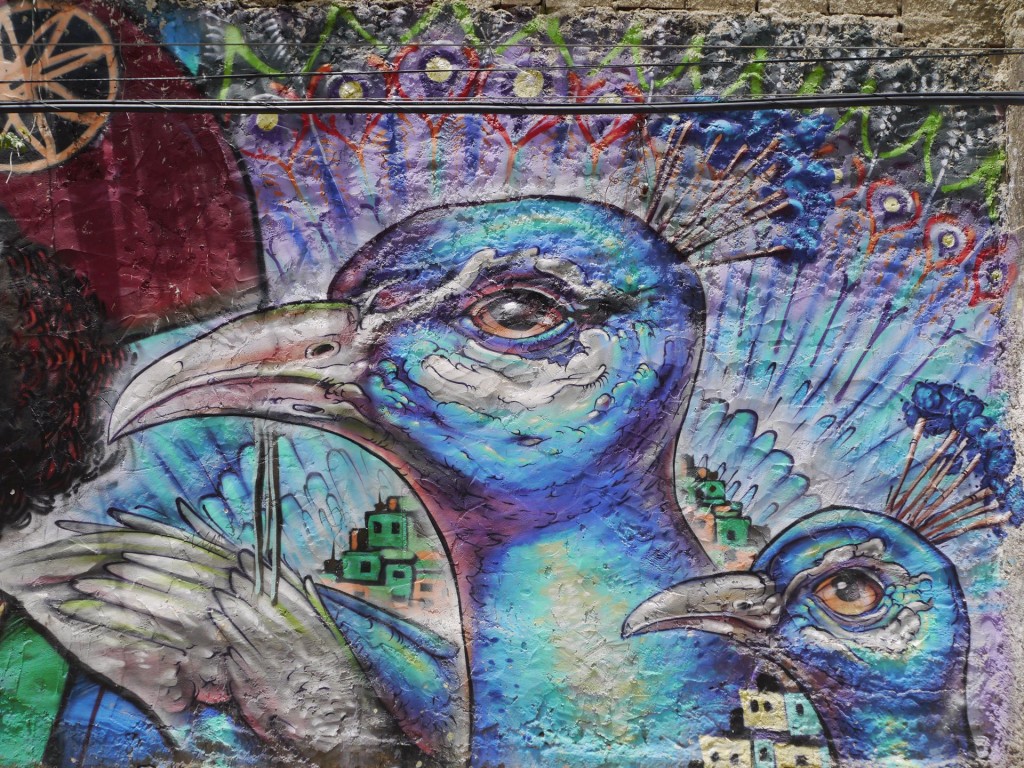