Blocos. The real carnaval of Rio

Cariocas say that the only place worth partying is the street.

– I really don’t like this stiff party on the sambodrome – says Thais, 39-year old carioca, inhabitant of Rio. We are sipping caipirinhias in Lapa, a district of Rio which is full of bars and clubs. Huge parades which attract to Cidade Maravilhosa more than a million tourists every year are going to start in a week from now. But today, a weekend before the official carnival is on, has just started massive blocos, which is street carnival. – On the sambodrome samba schools show off, there are thousands of dancers dancing but the other people are only watching them. The real fun is on the street – Thais explains us. She know what she is talking about – right now it’s midnight and she has been running around Rio in white bikini since 4 p.m.. Later, when we say goodbye to her, she invites us to a bloco at 9 a.m. on the next day! She has prepared three different costumes for the carnival week and she won’t stop partying until next Sunday. 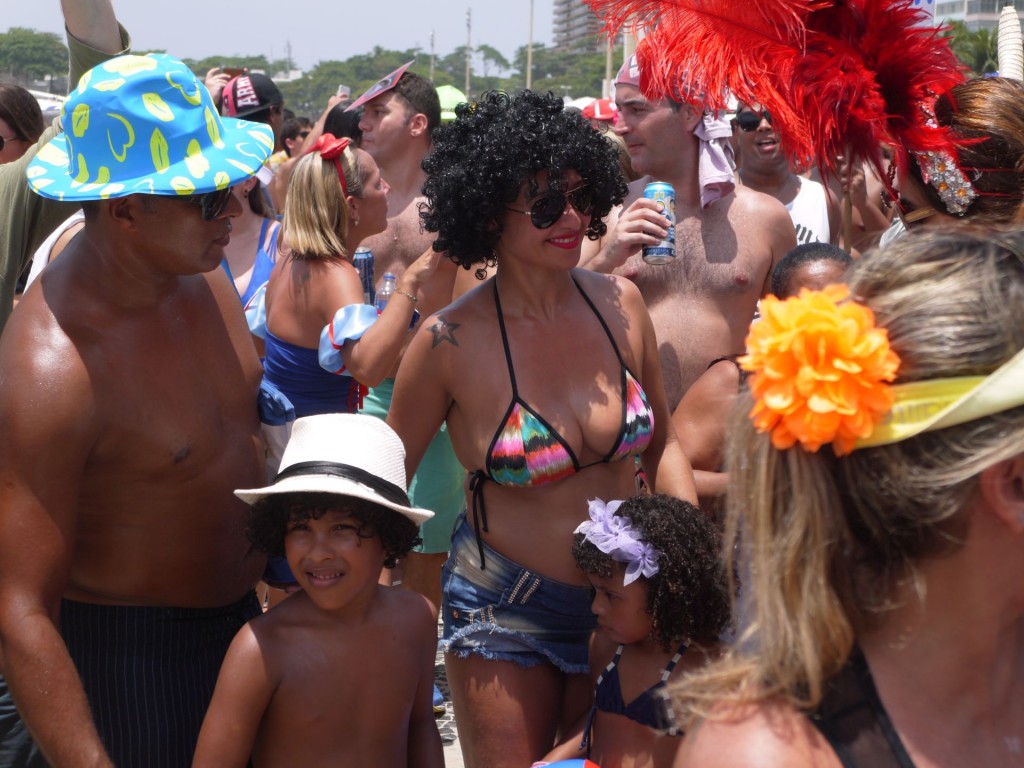 – I take it easy these days – tells us Alexandre, an IT specialist from Niteroi, a city nearby Rio. He is in his thirties. He is wearing a Russian style hat although it is very humid and more than 30 Celcius degrees. – I can’t be hotter anyway – he laughs and he continues: – So nowadays I party one day and the next day I sleep. But when I was in my twenties I used to go out on Saturday when the street carnival begins and go back home a week later. All young people do that. They drink, they crash, the get up and dance again. 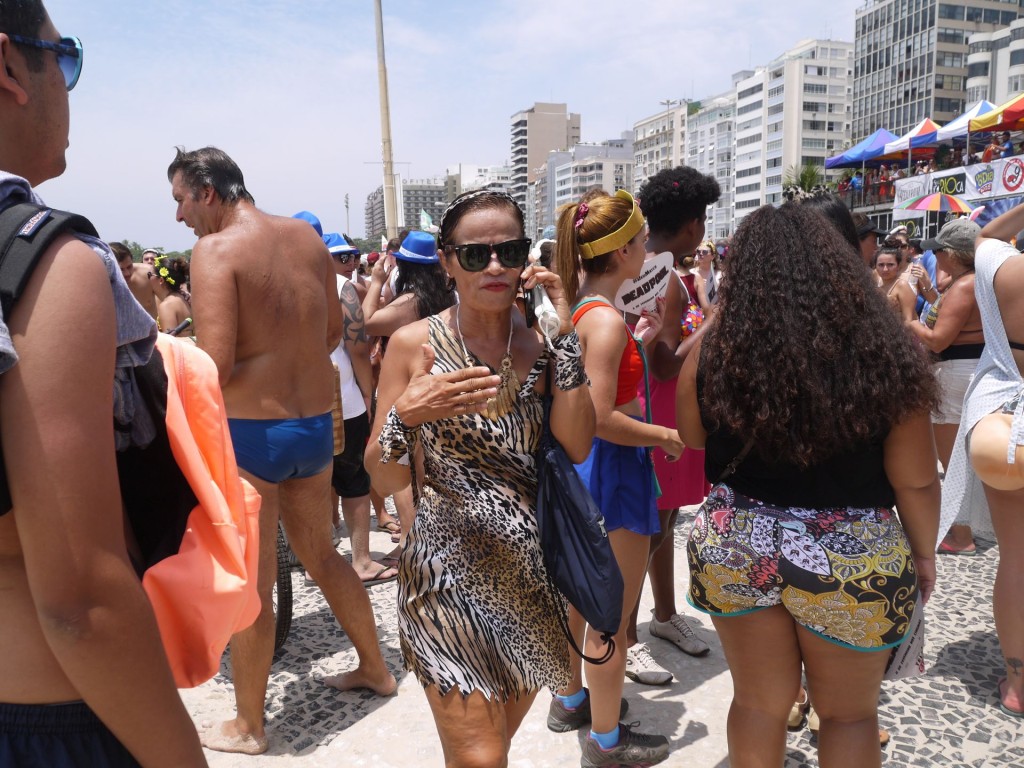 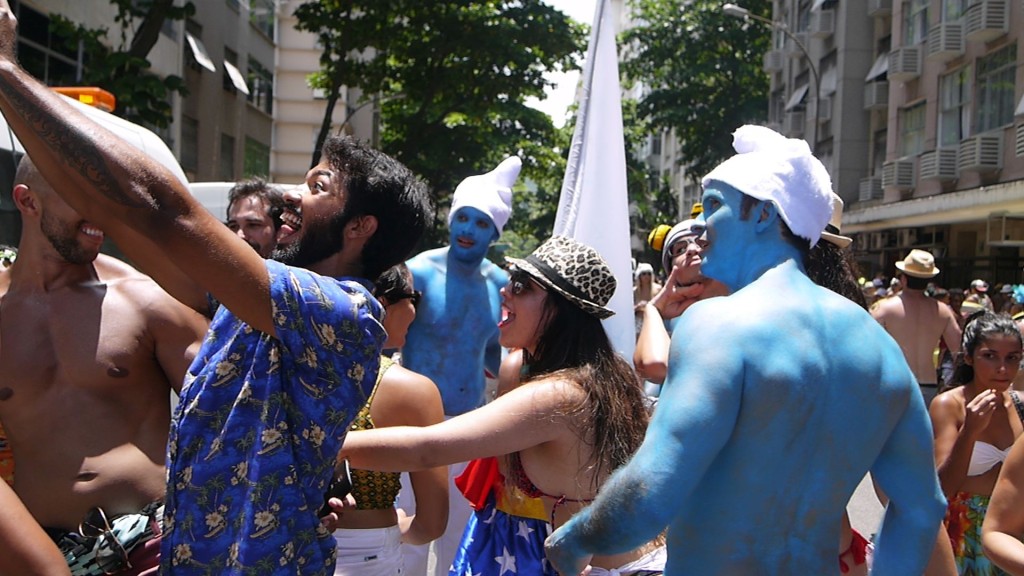 The first blocos start a month before the carnival and they end on a Sunday after Ash Wednesday. All of them are for free so everyone can take part in them – unlike at the sambodrome where you need to pay quite a lot to enter. Party double deckers with musicians playing live go around the city followed by crowds of dressed up people. Every day of the carnival week they gather more are more participants. Than the blocos get so huge that they require reorganizing transport in the city and entire avenues are closed for cars. The most famous blocos like Banda de Ipanema or Monobloco gather tens of thousands of colorfully dressed participants. Banda de Ipanema has been playing on the streets of Rio since 1965 and it’s officially part of Rio’s cultural heritage. It’s also famous for attracting drag queens who compete among each other for the craziest costume. This year on Ipanema we were two of 90 thousands of participants – cariocas and foreigners. 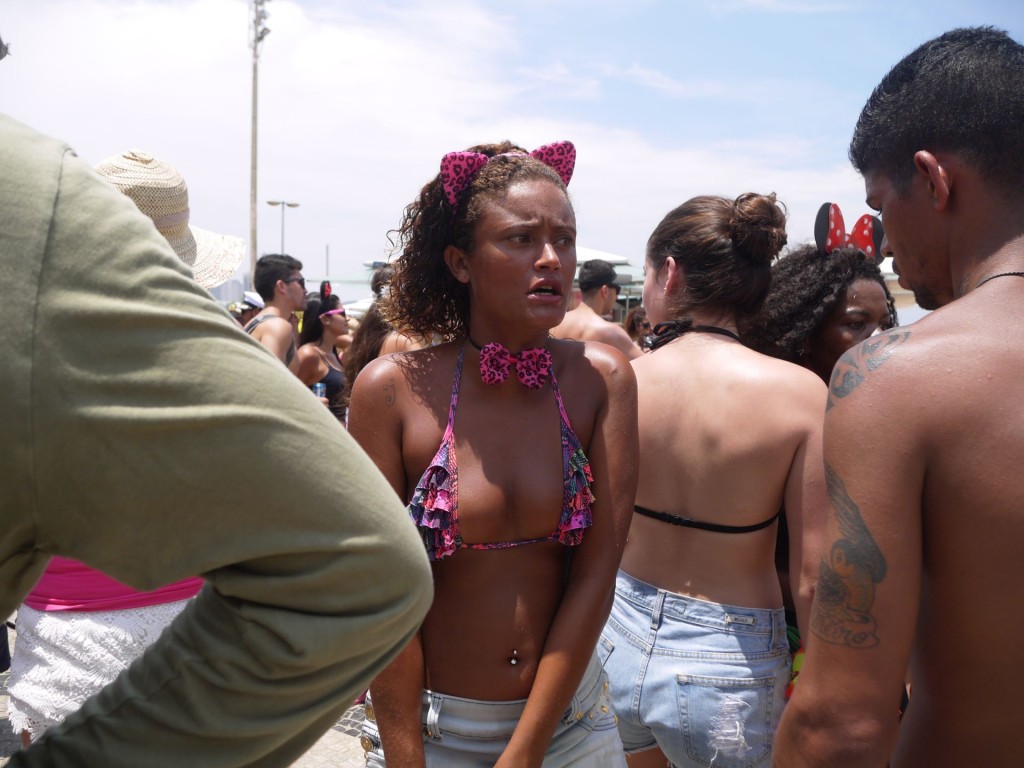 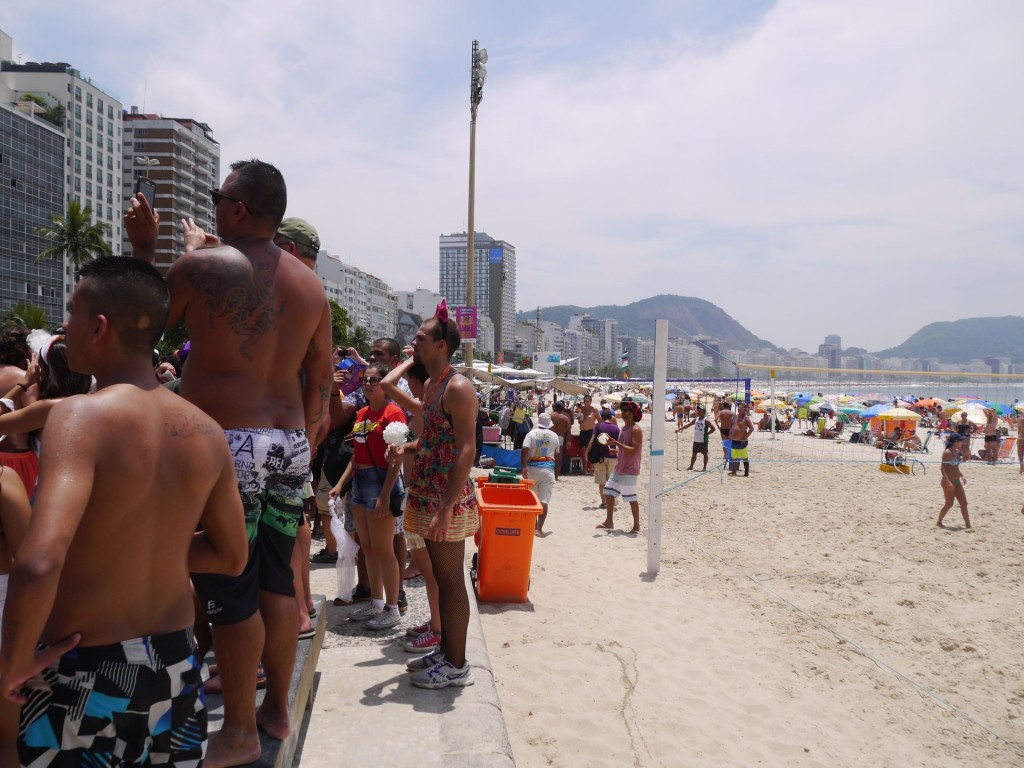 Despite Thais’ warnings we went to official parade which every year is broadcasted all over the world. It takes place on a sambodrome designed by Oscar Niemeyer, the world famous Brazilian architect, which can host almost 110 thousands of spectators. Tickets are sold out weeks before the party (but less foresighted can buy them just before the entrance at a scalper’s). During two crazy nights there are around 20 thousand dancers and 4 thousand musicians marching at sambodrome’s freshly painted alley. But no number can reflect what’s going on in here. Surreal madness. Gigantic figures and platforms, orgiastic costumes, trans-like samba which is played over and over again for 65-80 minutes (fitting in this time limit is one of the criteria that samba schools have to meet in order to get good notes from more 30 judges who observe them). Each year each school chooses a different motive. A last year winner Beija Flor this year decided to pay tribute to Marques de Sapucai (the samobodrome holds his name). Other school paid homage to Saint George (it showed him on the horse when he was killing the dragon and while being tortured too!) and another one – a bit kitschy though – to Olympic Games Rio 2016. 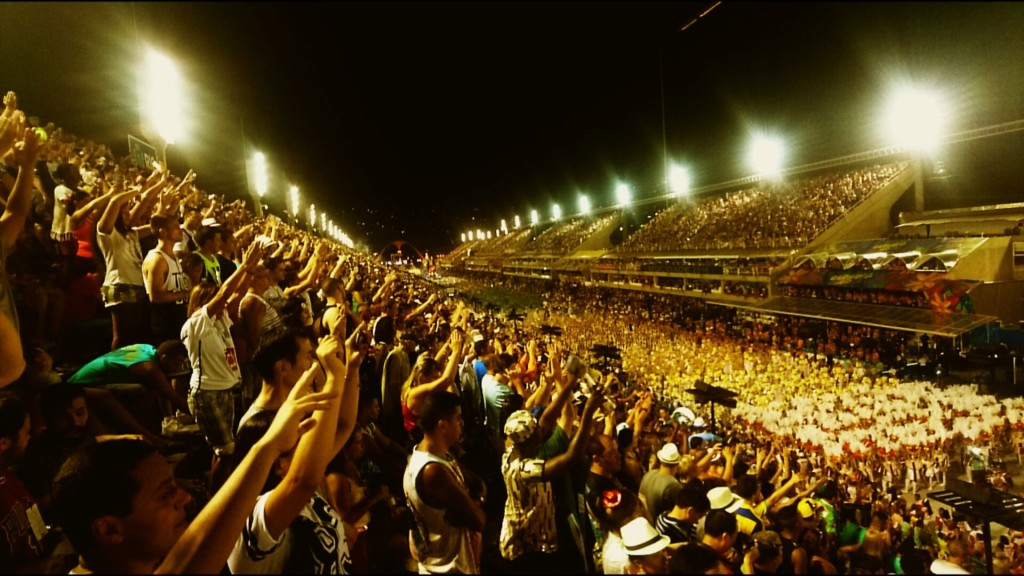 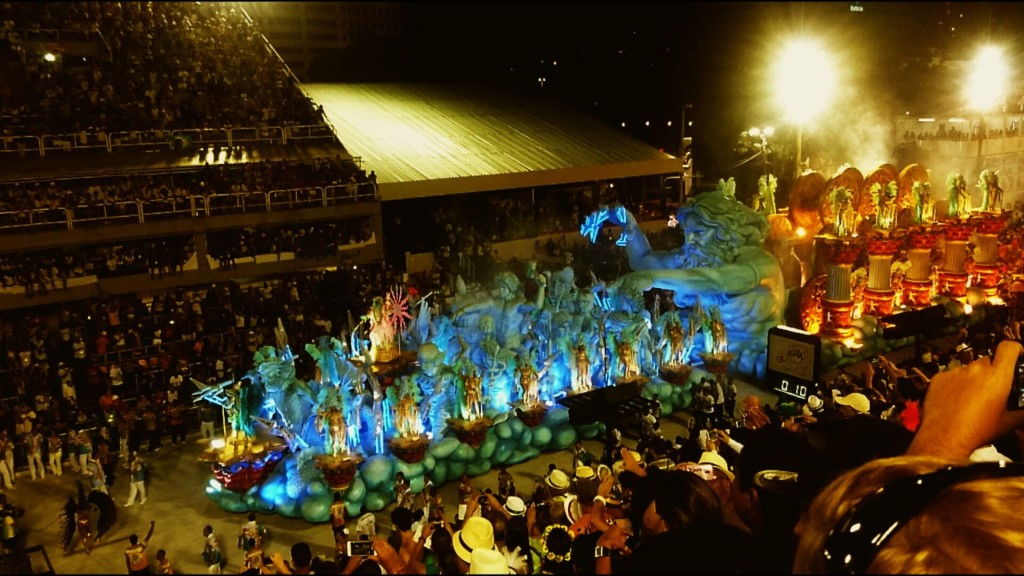 It’s true that people have more fun on the street than on the sambodrome. They dance longer and more intensely, they are all dressed up and go crazy. But to be in Rio and not to experience official carnival would be a big loss. It is a really dramatic and shocking experience for foreign eyes. 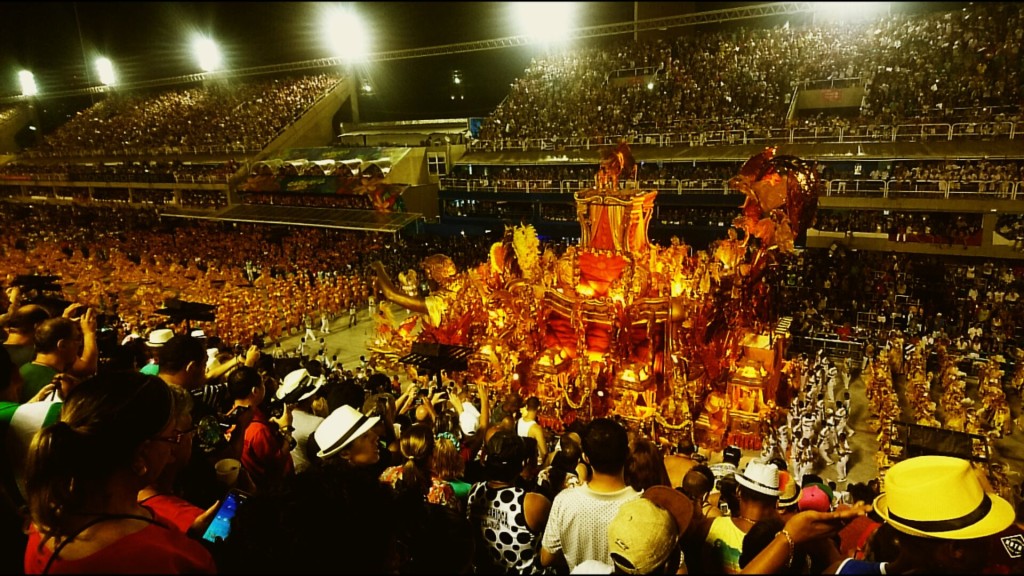 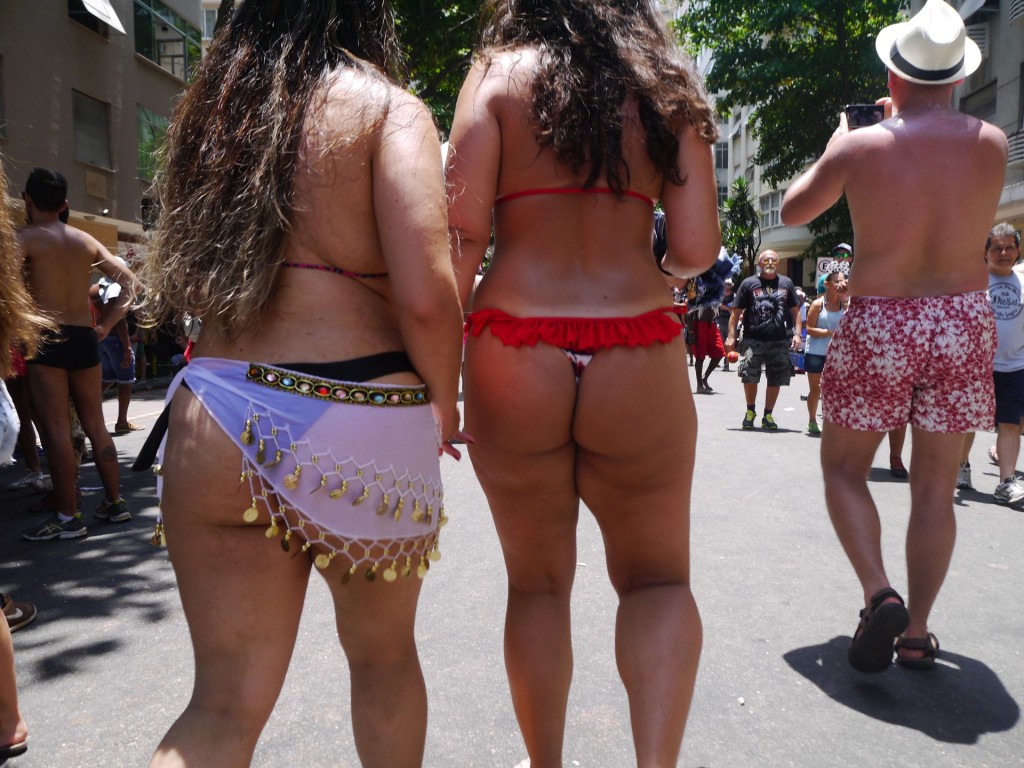