Sea of mud flooded Bento Rodrigues. A landscape after the biggest environmental disaster in the country’s history.

Friends call him Zezinho. Jose do Nacimento do Jesus is a 70-year-old retired victim of collapse of a mining dam in Brazilian state Minas Gerais. He was wearing shorts when he heard a massive boom, grabbed his wife’s hand and started to flee. The only thing they took with them was a mobile phone.

Luciane Poelho, a cleaning lady at a primary school: – Together with my 6-year-old daughter we were coming back from a dentist’s in Mariana. We were just about to get off the bus when heard the boom. There was no time to take anything. We spent the night at our neighbours’ place – the  ones who weren’t flooded. There was no electricity nor water. 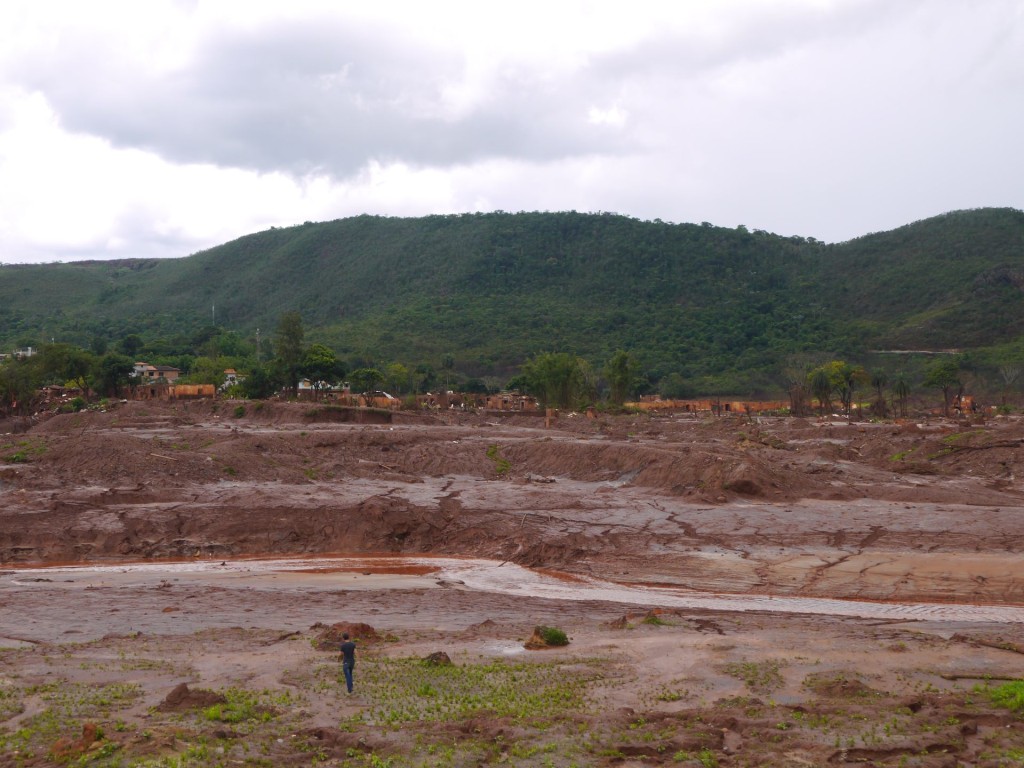 Keila Vardele Sialho, a housewife: – When I was running away I looked back for a moment. What I saw was a muddy world which was spilling all around us. It look like a disaster movie.

The dam in Minas Gerais collapsed on the 5th of November. 50 millions of cubic meters of mining wastes sluiced down a mountainside and flooded five villages of which Bento Rodrigues was the biggest. 18 people died. Toxic sediment flew down the river Rio Doce until its estuary in Atlantic Ocean. On its way it killed millions of birds, insects, turtles and destroyed the valley. According to the experts it was the biggest environmental disaster in the history of Brazil, some called it even “the environmental 11th of September”. 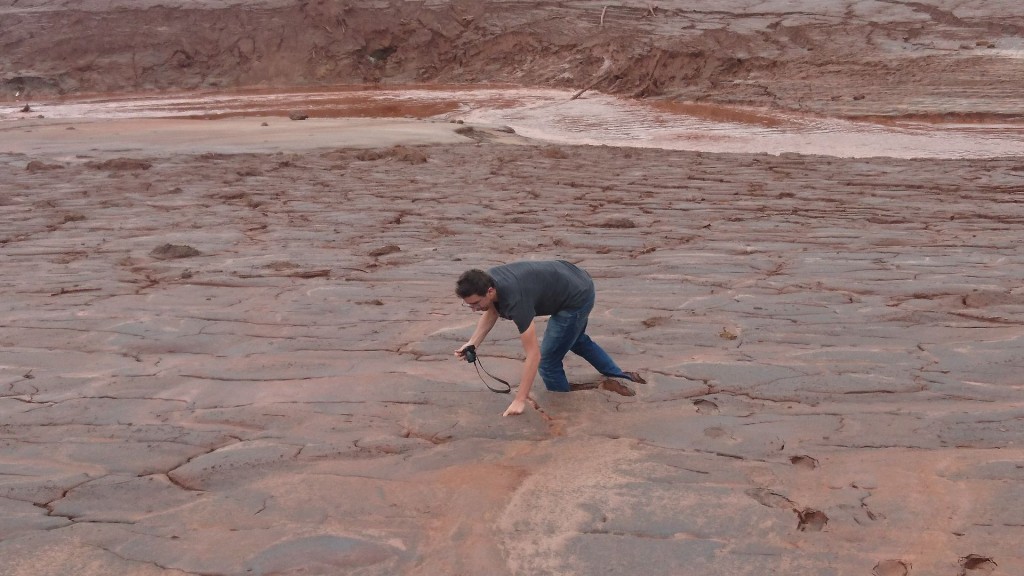 We came to Bento Rodriges more than three months after the tragedy. Muddy road was so destroyed that we had to leave the car and continue walking. We saw a ghost town. Broken houses and chairs, a doll drowned in dirt. Partly dried crusts of mud were hiding a sea of oily, humid substance which sucked us in when we tried to approach the ghost town to take better pictures. Our flip-flops become our own symbolic loss due to the disaster.

Today those inhabitants of Bento who managed to escape the mud flood live in Mariana, a nearby city full of historical churches. Their apartments are all the same – anonymous, with no other decoration than a couple of chairs, a table, a couch and a TV. They were provided by Samarco company, a joint venture of Vale and BHP Billiton of mixed British-Australian origin. It’s a tiny party of what Samarco is going to pay – the government of Brazil wants it to pay 20 billion reals of compensation. 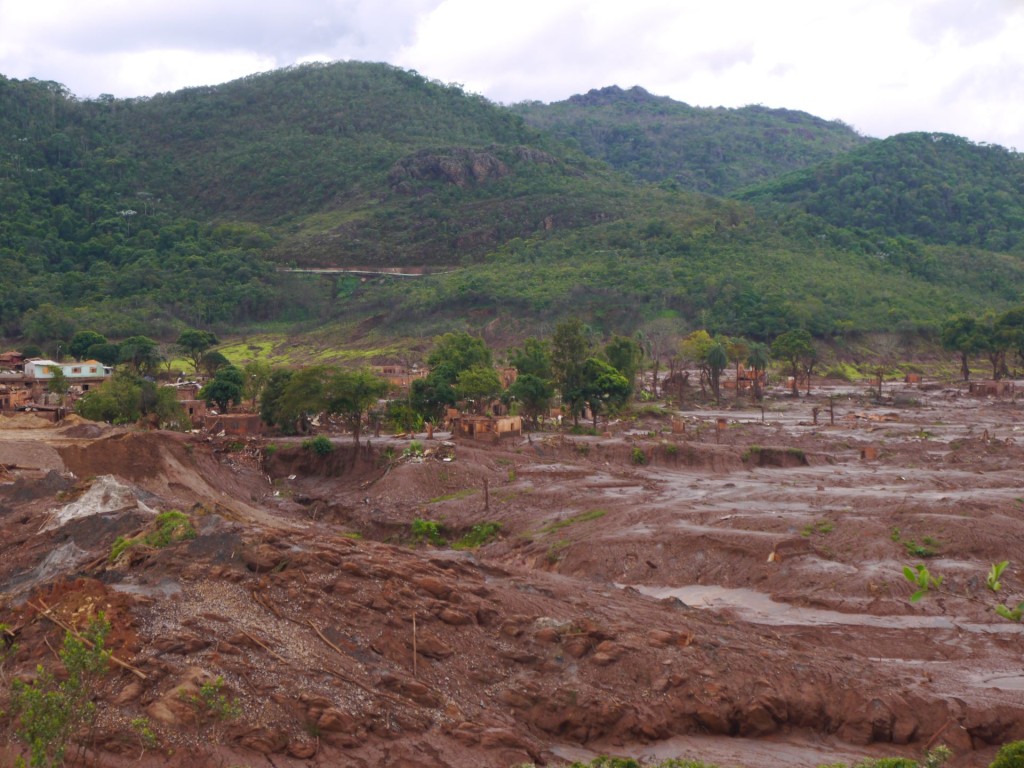 But there are lawyers in the game. They have already tried to convince the government that there weren’t any toxic substances in the sediment and that the disaster was a mere accident which happened because of a minor earthquake and therefore it wasn’t an effect of the company’s negligence. Although those hypothesis were quickly proved wrong by ecologists and other experts, it’s sure that the company will do everything to avoid paying high fines. So Jose, Luciane, Keila and all other victims have a reason to be afraid.

Why is that? Samarco belongs to Vale company which spend more than 20 million reals to support campaigns of politicians from different parties. Among payees there is also Dilma Roussef, actual president of Brazil and a former governor of Minas Gerais state, as well as seven member of the committee which is supposed to investigate the disaster. In Brazil it’s legal and completely normal that a huge company influences local economy and government.

We asked the people of Bento Rodrigues what they would like to get back.

Jose: – My own paradise – Bento. Without it nothing is like it used to be.

Keila: – My mother’s only picture. She died of Chagas disease when I was 9 years old.

Luciana: – Our community. Here in the city I almost never see my former neighbors. That’s why we want to rebuilt Bento somewhere outside Mariana. And we will do it. 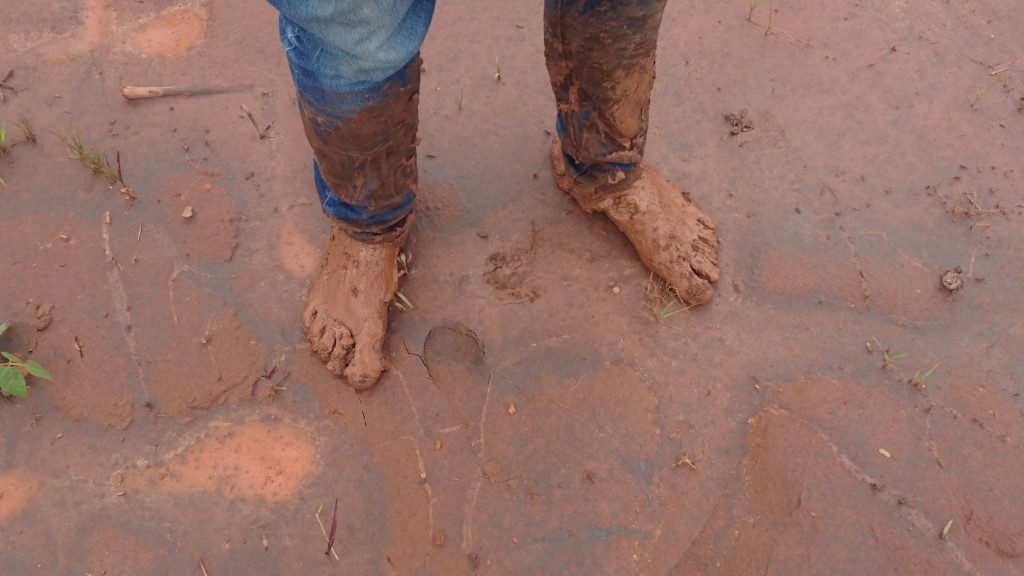