The House of Bones

There are bones of humpback whales, dolphins, sea lions and pinguins shimmering in huge pots. And a woman who looks after them – Angie.

Just the name of it is enough for a reason to visit this place. And we couldn’t stop thinking about it when we knew what was going on in here!

A wooden house covered with sheet metal is just by a little bay of the famous Beagle Channel. It looks like a witch’s house. There are plastic blue barrels in front of it which are full of dead and macerating birds, sea lions and seals. Each one of them is in a separate sack so their bones don’t get mixed up. Angeles Gonzalez lifts a lid of one of the barrels and a terrible stench hits our noses.

– Birds need the most time to get rotten, up to four years. And they smell the most too – Angie informs us. She is a veterinary and has been a manager of the Museum Acatashun and the House of Bones for seven seasons now. – But it doesn’t bother me. On the contrary, the more stinky the tissue is, the more fun it is for me! – she laughs out laud and lets us into the House of Bones. 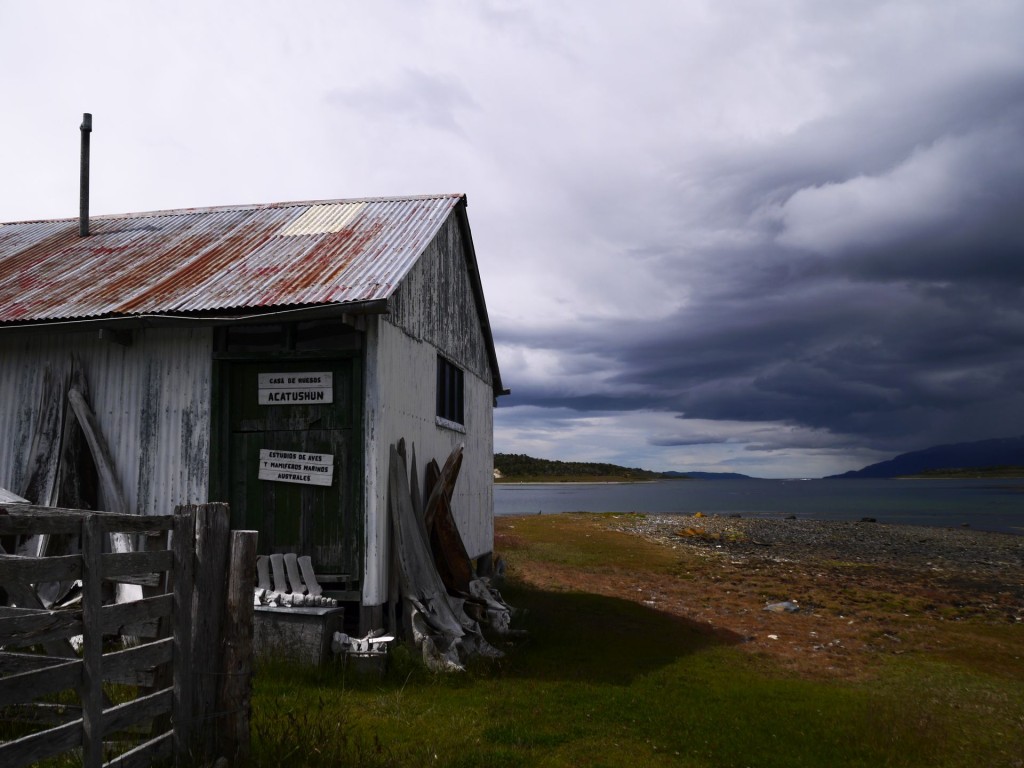 There are 1,5 meter long baleens of whales hanging from the walls (they use them to filter krill from water). On shelves there are skulls of toothy dolphins which without shiny skin on them look more like skulls of dangerous alligators than of those sweet mammals. The air smells of degradation and formalin and it gets even more intense when Angie opens up a wooden trunk. 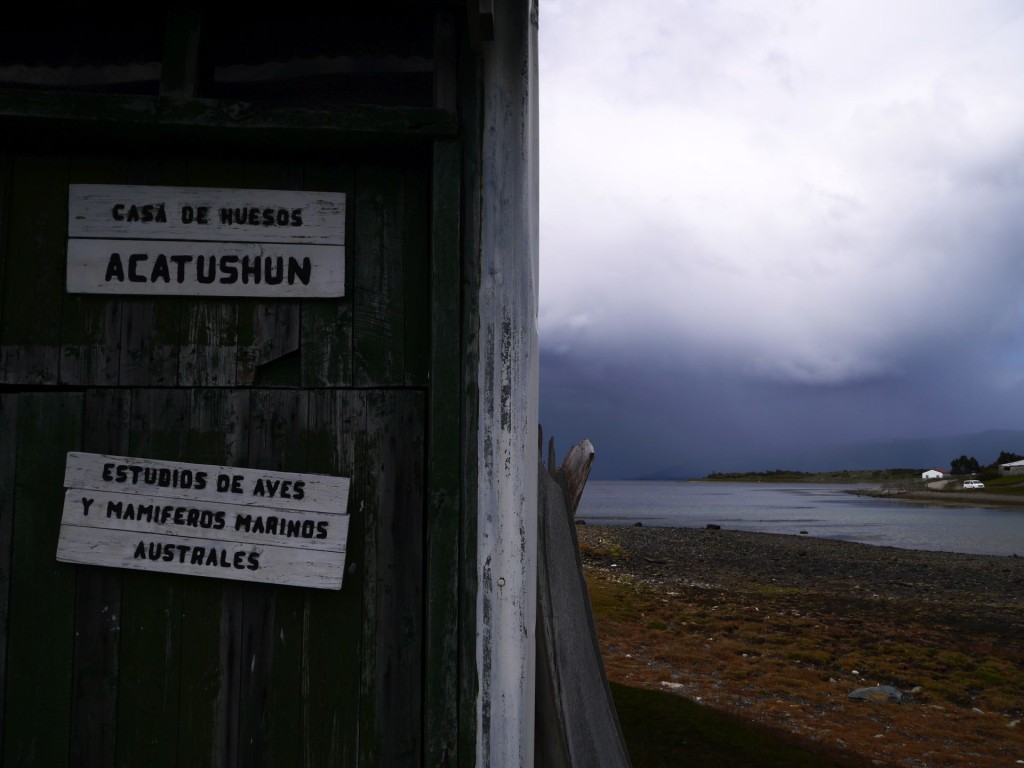 – We don’t boil entire heads of animals because we don’t want to lose their teeth. Even if, to give an example, a pilot whale doesn’t have too many of them, if they fall out, it’s hard to find out where they were. So we paint animals’ heads with formalin to protect them from rats and foxes and we put them inside the trunk until they dry up. Then we sink them in hot water so the skin unsticks. It’s a delicate and time-consuming job. 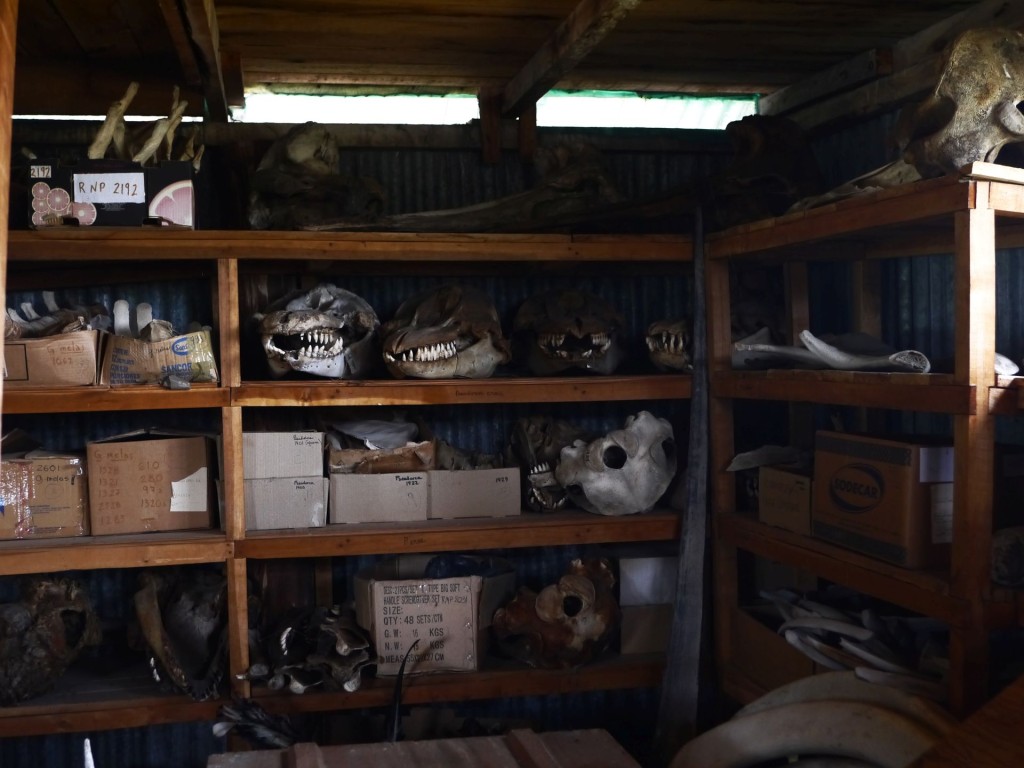 Casa de Huesos (which in Spanish means the House of Bones) belongs to Estancia Harberton, a farm established by a missionary pioneer in Tierra del Fuego – Thomas Bridges. His descendants still live in his house but instead of breeding sheep they invite tourist to visit them. 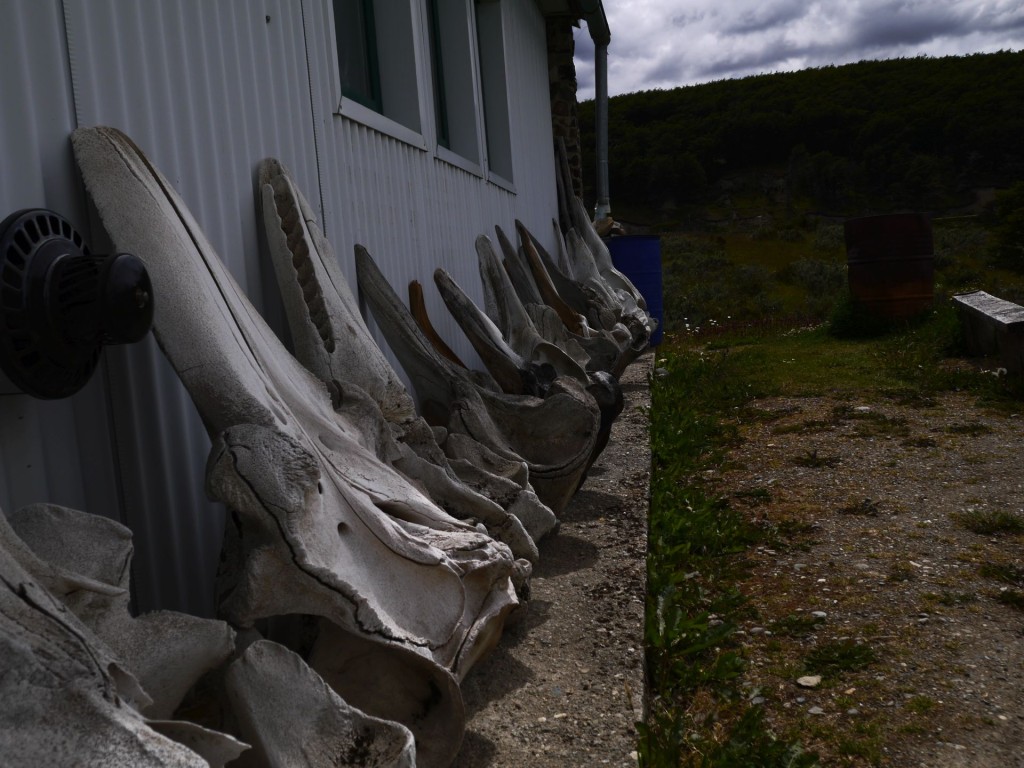 Even though Angie cooks bones and peels animals off she doesn’t look like a witch (with the exception of her black hair maybe). She laughs all the time, makes a lot of gestures while she speaks and each move she makes is a sign of her hyperactivity. She wakes up before 7 am and works till 7 pm. When she doesn’t work in Casa de Huesos, she builds skeletons, guides tourists (agencies bring them every day to visit Estancia, the museum and the nearby island Mirtillo where there are two penguin colonies) and at noon she goes to the kitchen to prepare dinner for everyone. Not only does she manage a group of voluntaries who come to Museum Acutushun for an internship but she also cooks for them.

– Seven years ago I was an intern myself. I was just off the boat, till than I had only dealt with cows, cats and dogs. And on my very first day I was given a dolphin’s head to clean off! – she recalls. 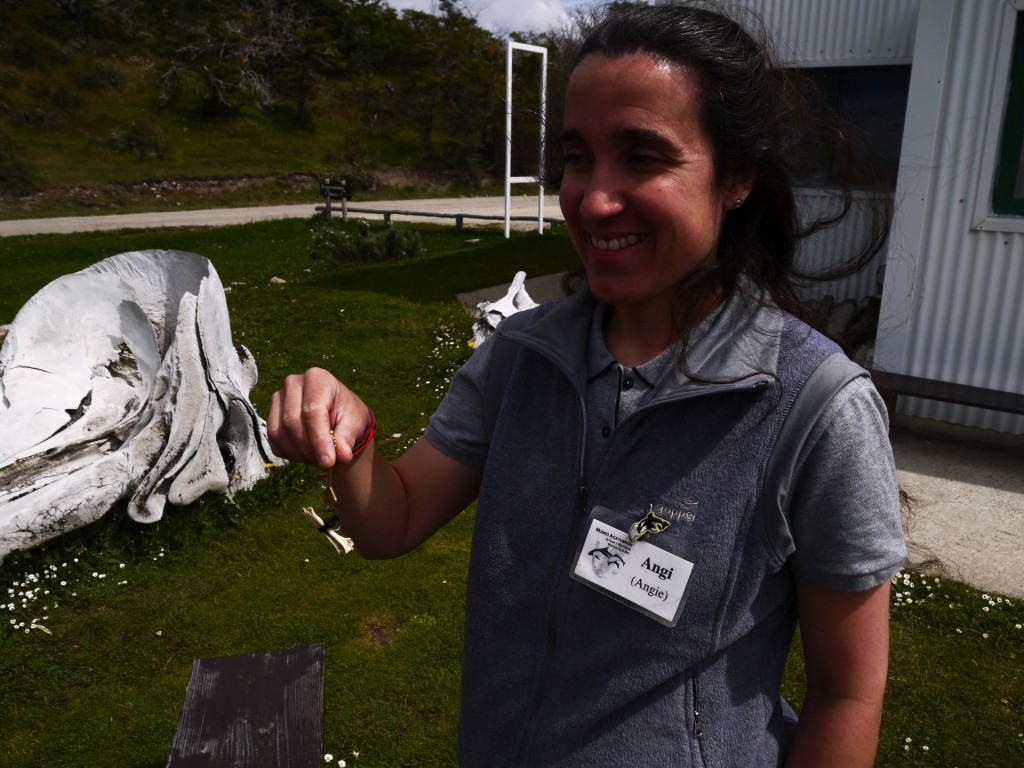 We sit around a table and Angie puts cookies and chips on it (each month dry food is delivered here from Ushuaia, a famous city of the end of the world which is 80 km away). Angie and the volunteers are having a potatoe pie for lunch today. After the meal everybody automatically starts to clean the table, sweep the floor and put cookies in their right spot. It seems that our happy Angie is also a knows how to run this place. Even her room, which hasn’t been arranged for tourists to visit, is spotless. When one of the interns gives us a tour around the house we pass by a Christmas tree. There are small penguin’s bones hanging on it and a starfish on the top of it. 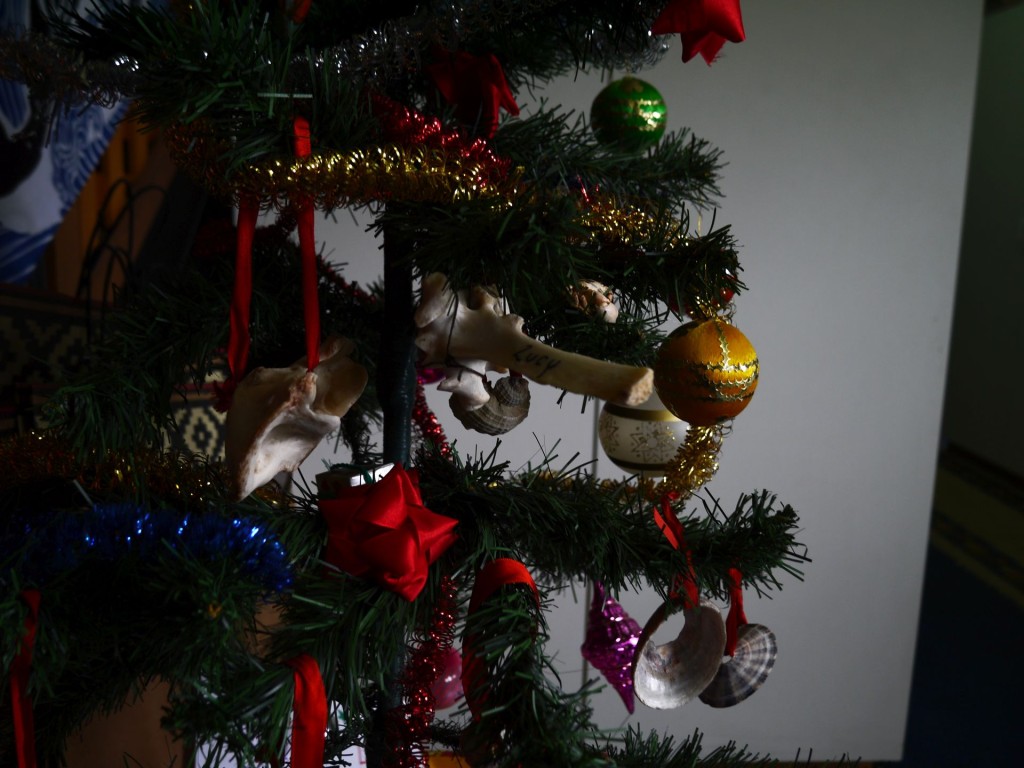 After lunch Angie, together with some interns, goes back to Casa de Huesos. They are wearing old clothes spotted with whale’s fat which make them look like scarcrows. Some of them watch fire under huge pots, water can’t get hotter than 60 Celcios degrees. Recently they have been working on dolphins which didn’t realize the tide was outgoing and six of them died on the beach. Fishermen let Angie know – they often notify the scientists from Estancia Harberton, take pictures of the animals and drag them away from the ocean waters. Than they wait for fat which is left after an autopsy – it’s a perfect bait for fish and santoyos, giant crabs. Muscles, if free from parasites, are thrown to the sea so all carnivorous birds have a feast too. 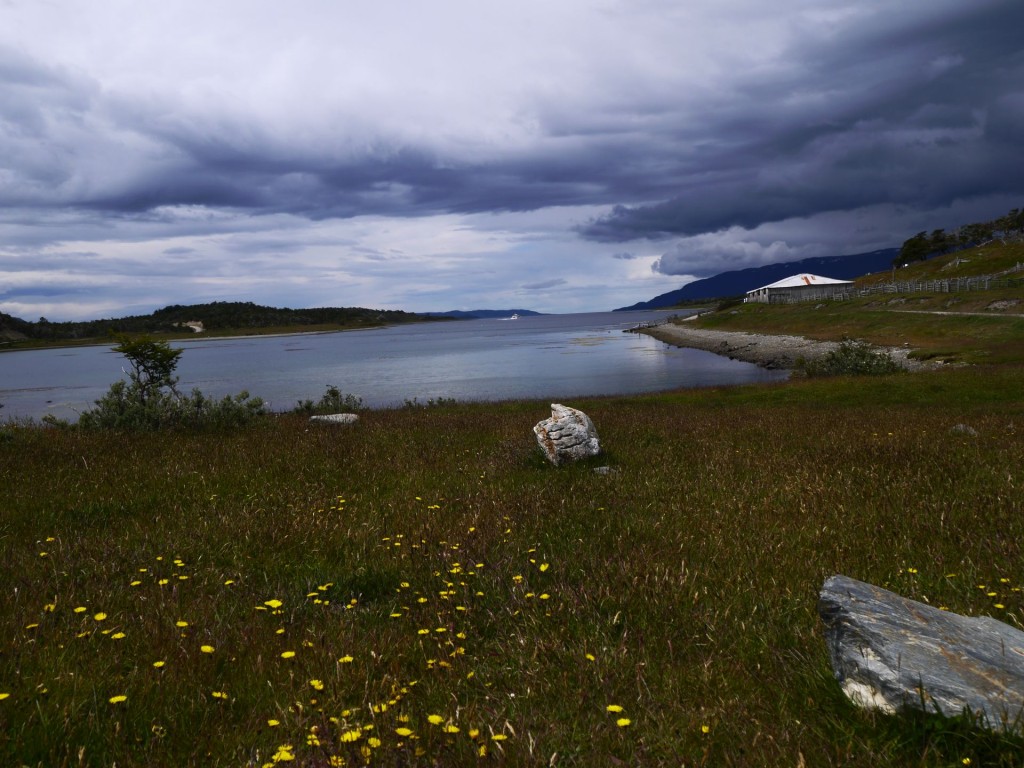 – The cooking time of animal’s skeleton depends on how big and how fat it is and how motivated we are to stand by the fire. For example we prepared a 8,5 meter long humpback in one month and a half – tells us Angie.

There is some music in the background and yerba mate circulating around. Some of the interns are sitting on a small pier with their feet dangling down and their hands washing small bones. Others, inside Casa de Huesos are poring over bones with scalpel in one hand and a cookie in the other. Some tourists are shocked when they see that scene.

– But once I was cooking a humpback’s ribcage. After I put its bones into the water the meat turned pinkish. Apparently it looked delicious for one Japanese tourists – Angie giggles. – “I want to eat that”, he shouted. Even a look at the animal’s head which was full of worms didn’t put him off. That humpback died in July and it was March already! 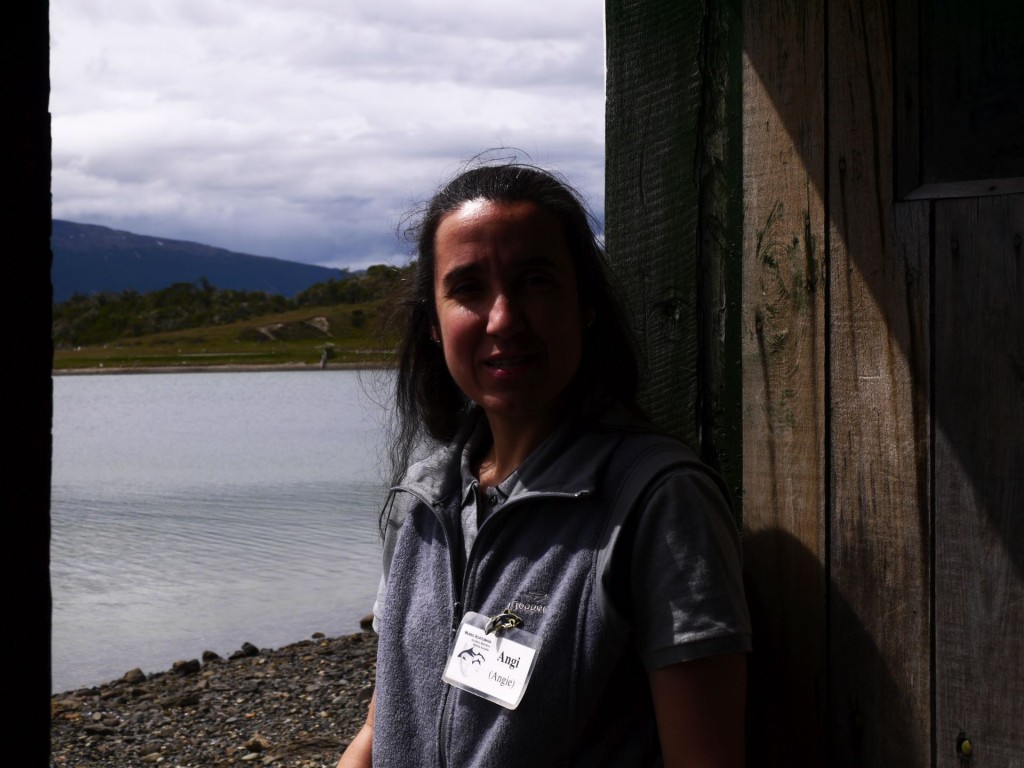 When bones are done, interns put them all together into complete skeleton. They use tiny wires or glue to stick them. When a piece is ready, it goes either to the exhibition or to the collection which is the biggest in South America: 2880 sea mammals and 2554 birds. – We have the biggest collection in the world of some species – says Angie a bit proudly. It was established by Natalie Goodall, an American biologist who first fell in love with Tierra del Fuego and than with a great-grandson of pastor Bridges. So she moved to Estancia Harberton in the 60.

Every year scientists and interns are coming from all over the world to visit the museum. Most of them are biologists and veterinaries but once there was a physician and a mountain guide too. We wander if there would be a place for a journalists in Casa de Huesos. 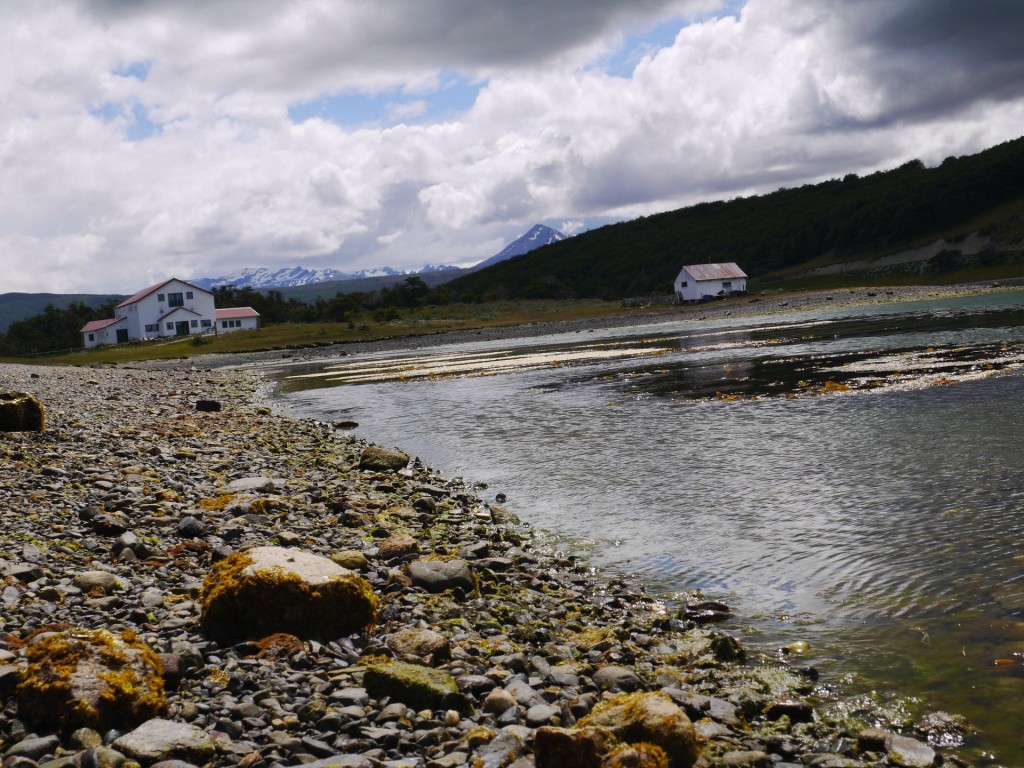