The edge of the world theme park

In Ushuaia, you can spend 36 or 472 USD. The decision is not only up to your pocket but also – to what you believe in.

We have gradually constructed the image of this place since primary school. On history lessons we heard stories about Ferdinand Magellan who together with a group of fearless sailors navigated across the ocean and reached the most southern place on earth in 1520. From the deck of their boat they could see smoke floating on the air. That’s why they decided to call it “The Land of Fire”. Later on, during a biology class we were told about Charles Darwin who reached the southern shores to collect beetles and seashells in the 30. of XIX century. All possible gaps in our picture of Patagonia’s southern end were filled up by reading Bruce Chatwin’s book, a writer who explored those terrains, back than truly wild, in the 70. Of the last century. Ushuaia. In Yamana Indian’s language it means „city at the edge”. In the language employed by tourist agencies: the last city before Antarctica (which is partly true and partly not – there is Chilean Puerto Williams, a military base, competing for this title but in fact it’s Puerto Toro, a small village of 35 inhabitants which is the last in the deep south). 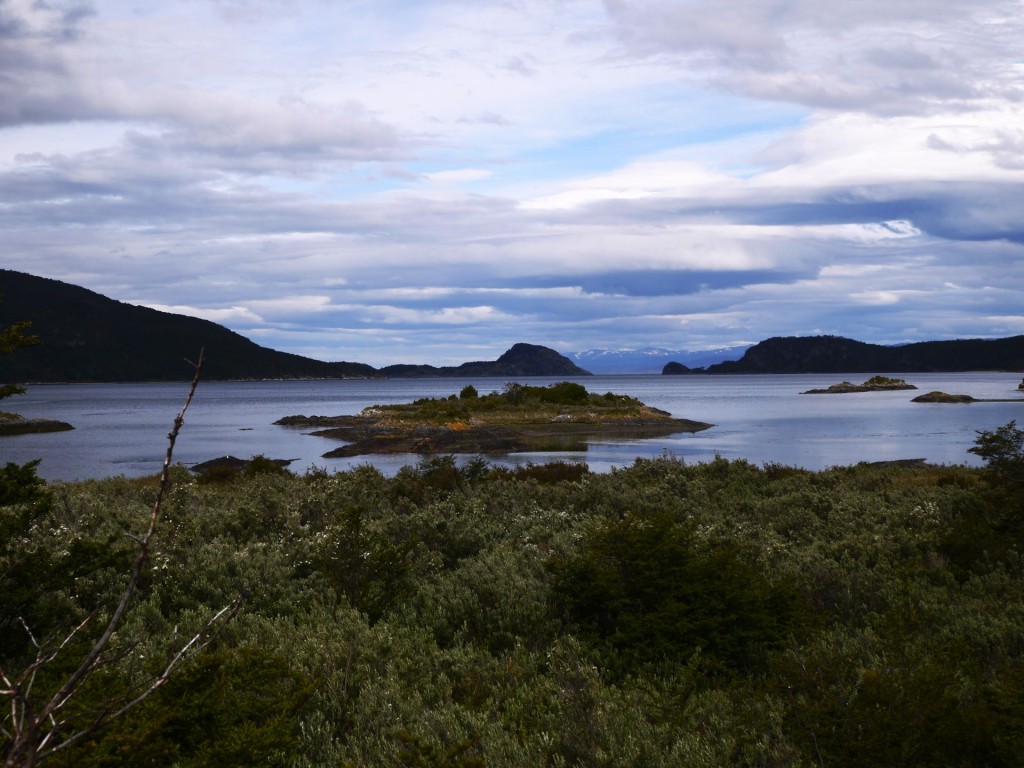 All those words do the magic. No surprise it attracts thousands of tourists each year – we were no exception. But we haven’t see that coming – beside amazing landscapes which made us speechless, there is an amusement park called “The End of the World”. Instead of slides there is a cruise through Beagle channel when you can see sea lions and penguins without leaving the deck and you stop by a lighthouse which in fact isn’t the last in the world but everybody sells it to be so. There is “The Train of the End of the World” instead of roller-coaster and a helicopter flight which must be better than any Ferris wheel. You can walk along the penguins and have yourself a sticker with “The End of the World” sing in your passport too. 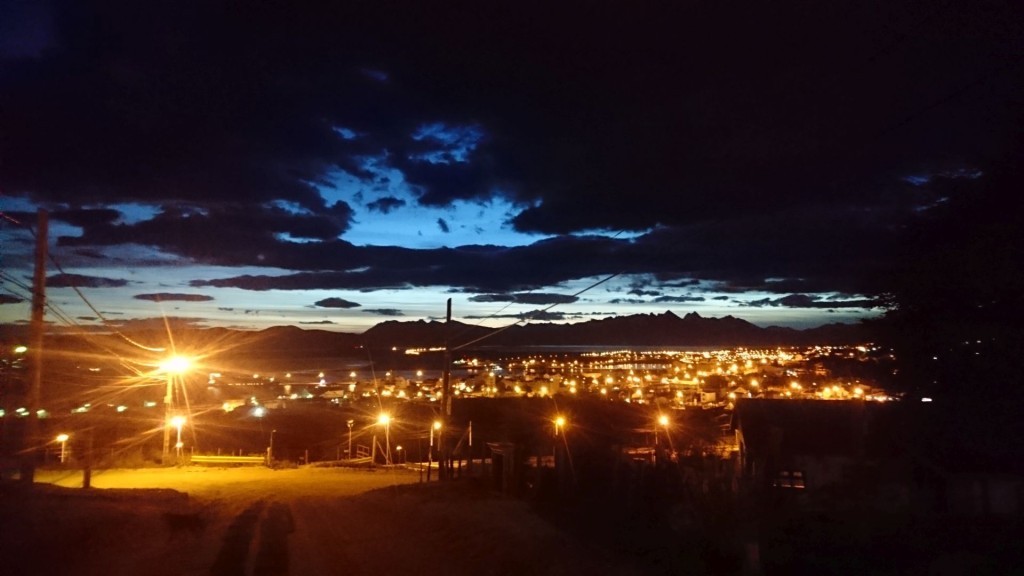 All that at exorbitant prices, of course.

Must see cruise to the lighthouse, sea lions and penguins (few people can say no to that): 750 – 850 pesos

The Train of the End of the World which has run since 21 years for tourists pleasure: 530 pesos to 1100 pesos (depending on the level of luxury and menu)

A classic walk towards emerald green lake Lago Esmeralda near a glacier: 750-1200 pesos

A sticker-stamp from the end of the world in your passport in the Park: 30 pesos

Visit in the old prison which later developed into Ushuaia city: 200 pesos

Walk along the penguins on Isla Martillo and visit Estancia Harberton (owned by descendants of Thomas Birdges, the first European settler here) – 1600 pesos 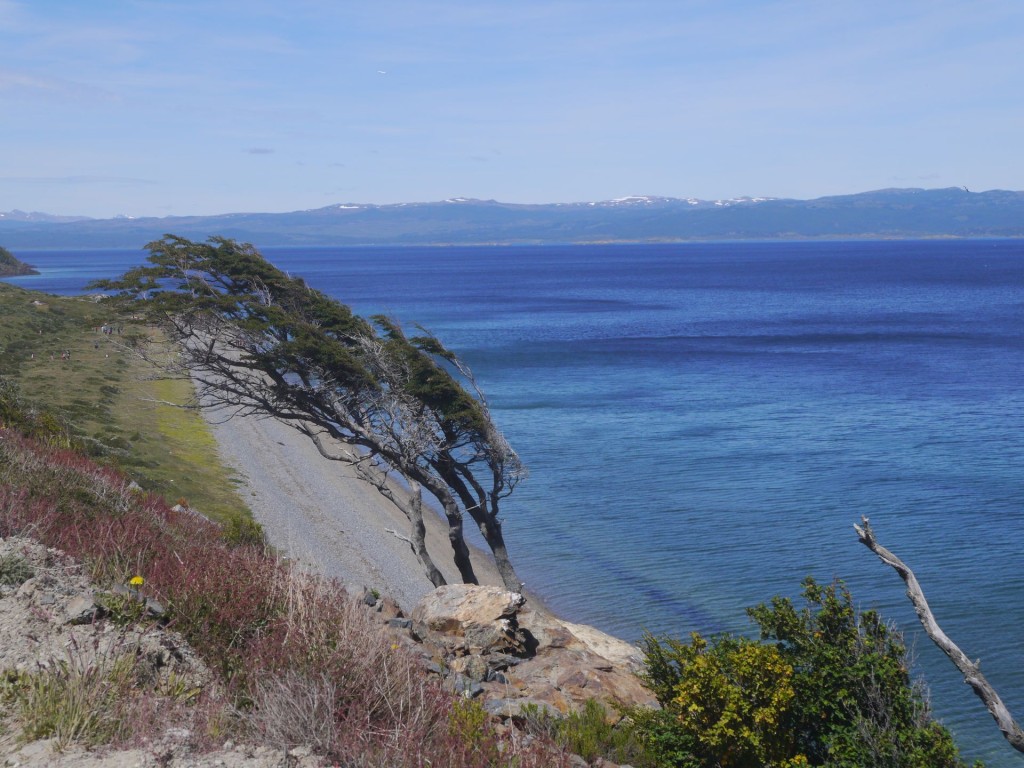 Which all sums up to:

Maximum (luxury version with penguins and 7-min helicopter included): 6526 pesos, which is 472 USD 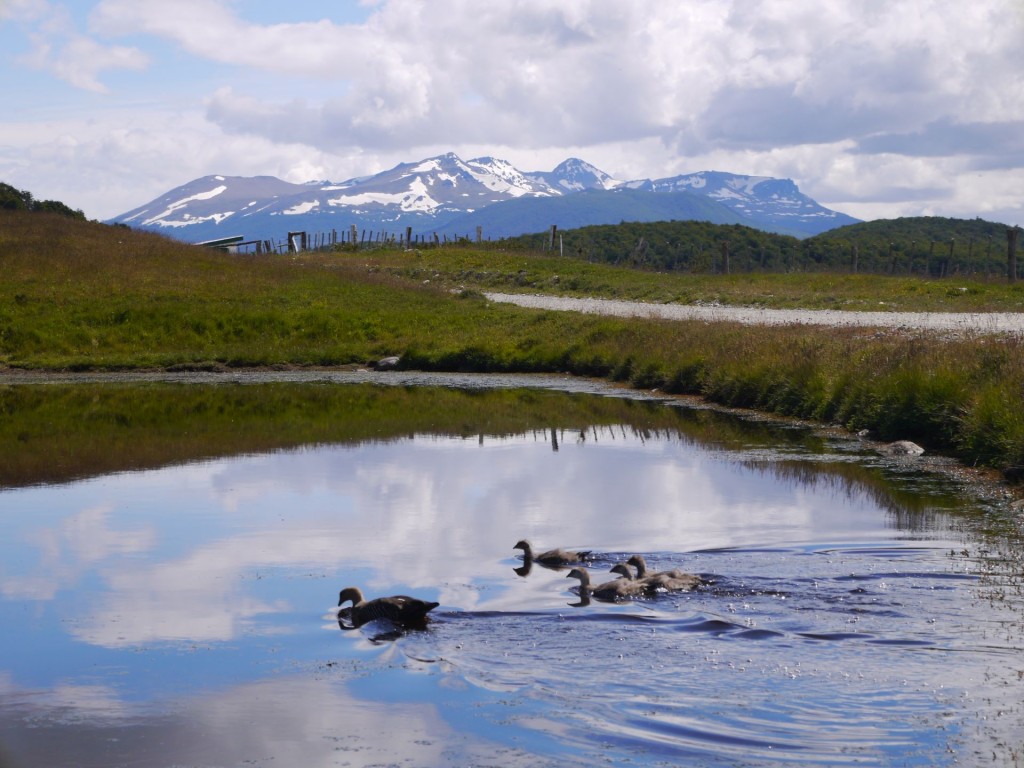 But who ban a rich man to do all that? Well, we won’t. But here, at the edge of the world, we realized how consumerist tourism can get. A walk in the center of Ushauaia, when you can see all those advertisments of all those agencies for all those trips you either can’t or doesn’t want to afford, makes you feel like this: if you haven’t been to the penguins/on the cruise/on the train/you name it, you haven’t actually experienced the city at end of the world. It’s like you have never been here. Which is so untrue! Because we are, present, alive and thrilled. 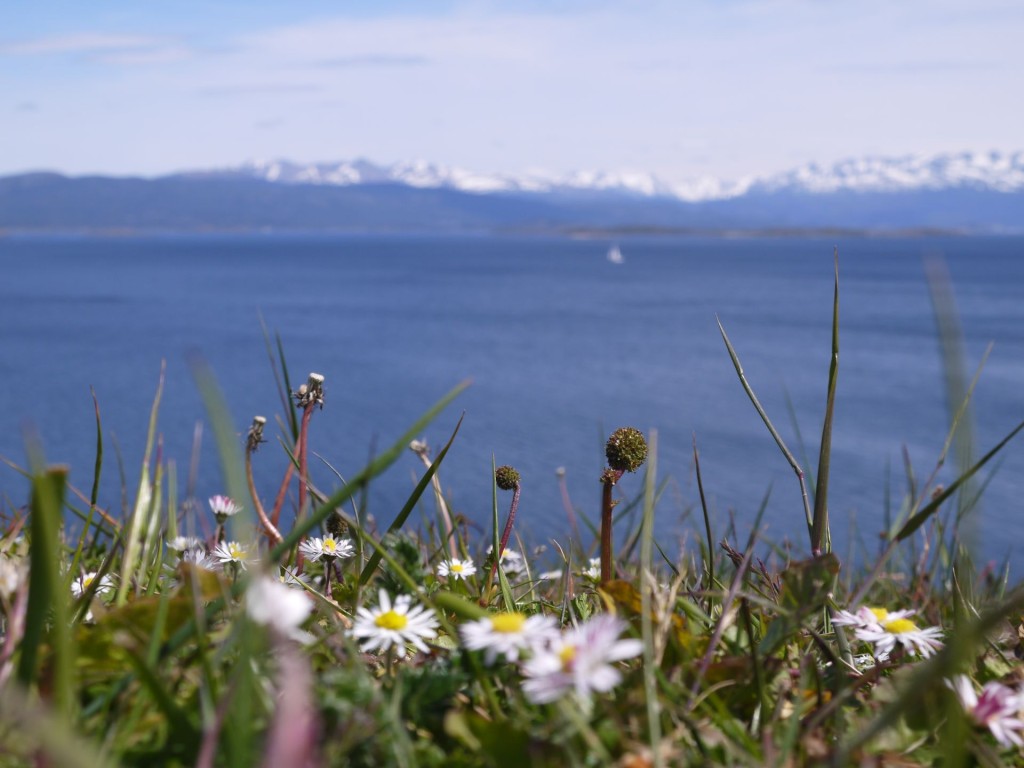 Following not only a financial common sense but also feeling rebel against all that we decided to experience the original atractions without its agency-touristy package. And see the beauty of this place with our own eyes, without any intermediaries. And we totally recommend it to you too! This is our proposal for how to spend budget, no mainstream and real time in Ushuaia (plus we advise you to pick Aribnb over a hostel because it’s much cheaper and so much more fun!). 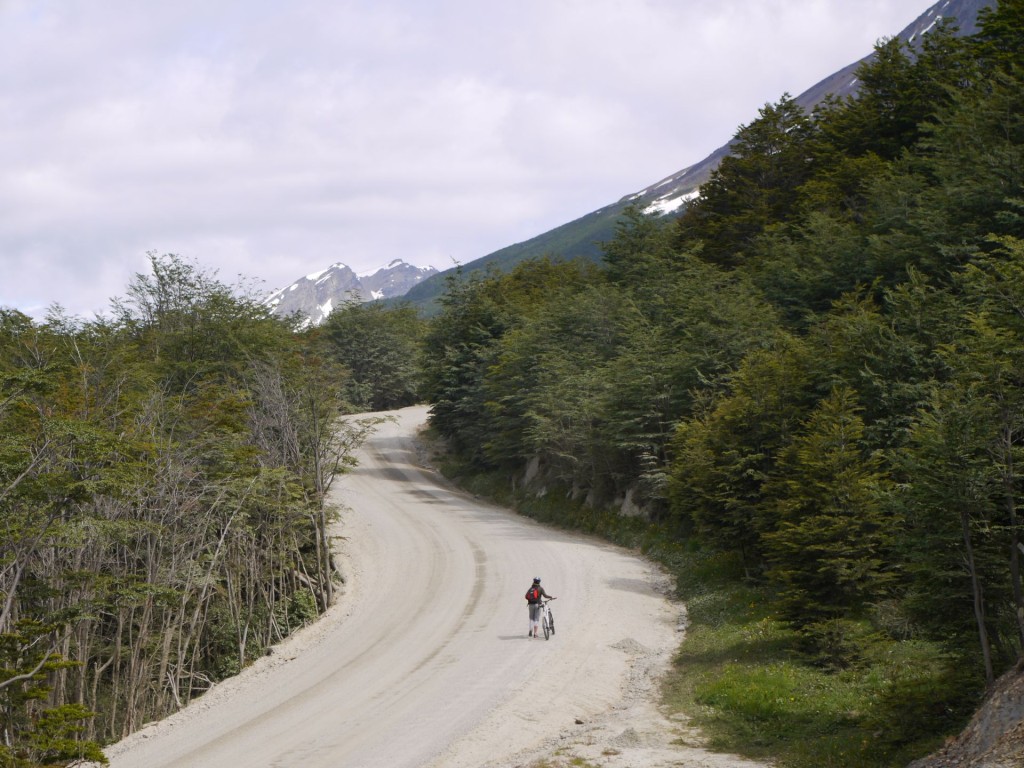 Parque Nacional Tierra del Fuego by bike (it’s a bit demanding to walk with a bike on some paths but it’s totally worth it): 160 pesos for entrance and 350 for a bike 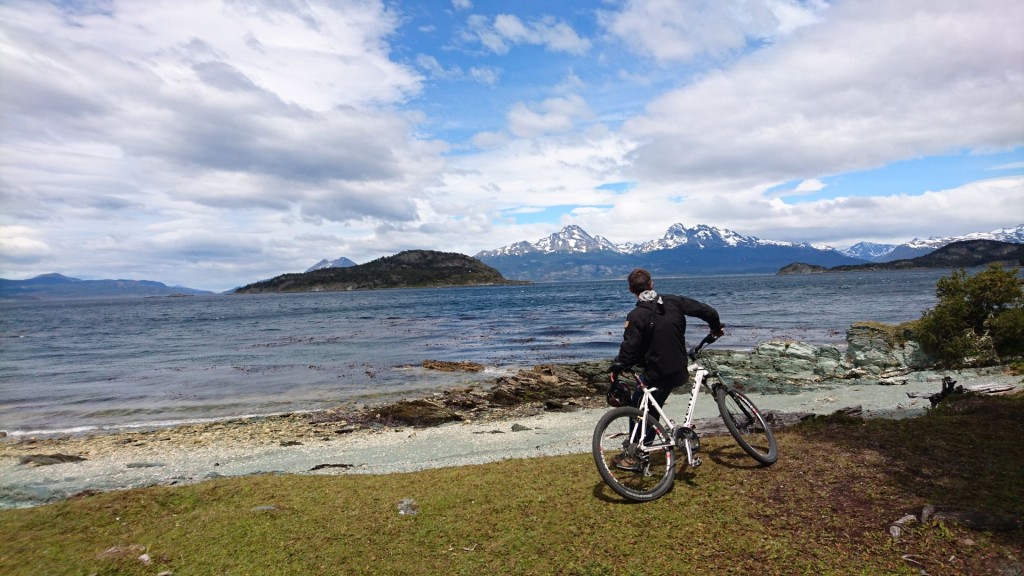