A church, a house, a school, a barber and a kiosk. We follow Jorge Mario Bergoglio’s steps in Buenos Aires.

It has never occurred to us that it could happen. For the first time in the lifetime of the Intoamericas team, we popped on a bus trip with an air-conditioning and a guide to it. The bus took us around the capital of Argentina following the footsteps of its currently the most famous inhabitant – Jorge Mario Bergoglio. Apparently, there is no thing we wouldn’t do for a story.

Although the Pope’s boom is already over – the tour departs once a day on every weekend and feriado (free day) instead of two times – still there are 20 people waiting for the bus of Circuito Papal in front of the Basilica San Juan de Flores. They are from Argentina, Paraguay, Brasil and Poland. 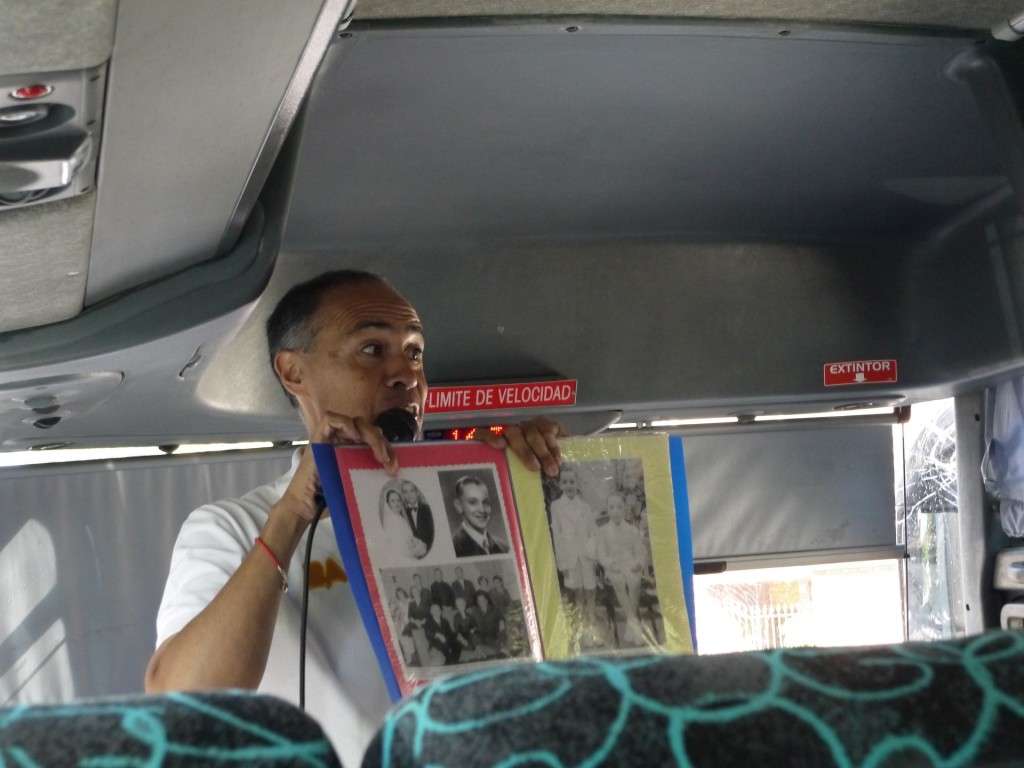 – Catholics, Jews and atheists. Everybody joins our trips! I think that Pope Francis’s message is so universal that it gets to everyone no matter what they believe in – says Daniel Vega, our guide. Cirucuito Papal started one month after the conclave which took place on the 13th of March 2013. Daniel had to made a special effort to get prepared to guide it. But he is very satisfied with his job and obviously he doesn’t get bored with it.

He tells us a story about the basilica as if he told it for the very first time. – Here Jorge stopped to confess when he was on his way to see his friends. They had agreed to meet up at the railway station to celebrate together the first day of Spring which is the 21st of September. But he never got there. He was overwhelmed after the confession. He heard God’s call for the first time here. He was 17. 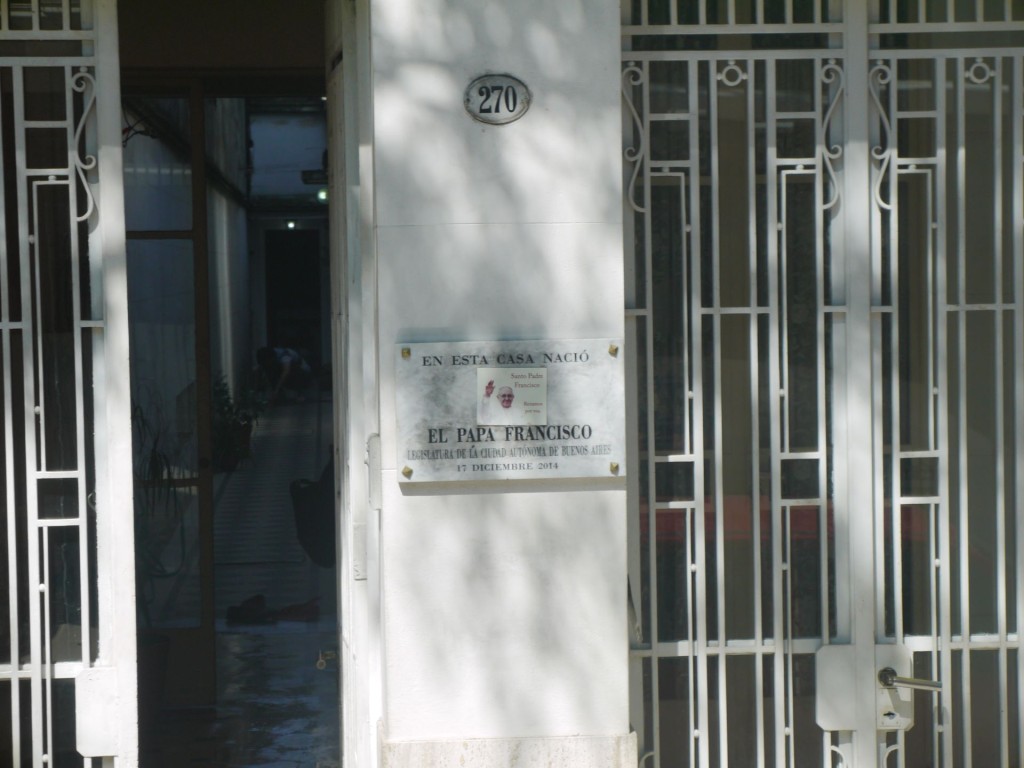 During our tour we count up to eight different plates commemorating Bergoglio (although we are sure that there are more). One is near the door to his house, another one – on the wall next to his primary school. A huge one is paved into a triangle square where he used to play football with his friends. There is even one on the house where he was born although Pope Francis specifically asked not to bother his neighbors with it. Jorge Mario Bergoglio was the first of five children of Jose Mario and Regina Maria Bergoglio. She gave birth to him in a small, rented apartment on Varela 268 Street.

Today the only siblings of Bergoglio who are still alive are Jorge, the oldest one, and Maria Elena, his youngest sister. Due to health problems (her health deteriorated after media invasion which occurred after Jorge became Pope Francis), she doesn’t see journalists any more. We are sorry about it but in fact we totally understand her. She repeated the same exact words hundreds of times and she is fed up with listening to the same question: “Could you please tell us some anecdotes from his childhood?”. During 2013, the year when she woke up and fell asleep to the sound of phone ringing, she replied with patience: “He was 11 years older than me, I almost didn’t live his childhood with him. When I became a reasonable person, he went away to study in the seminary”. 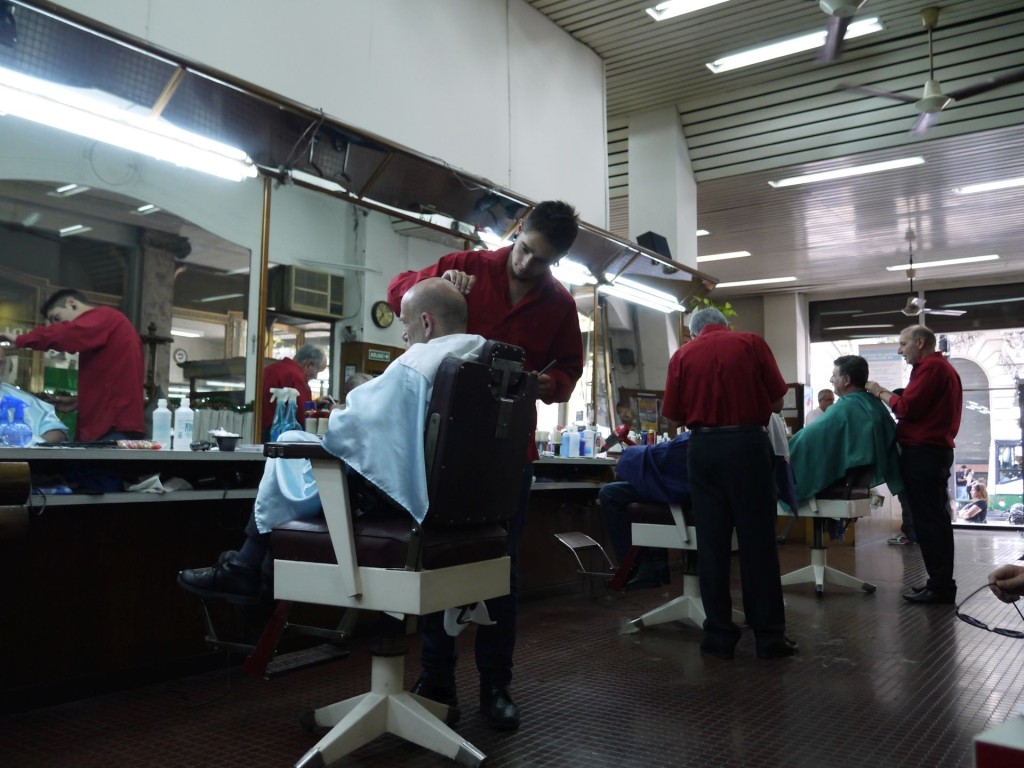 We attempt in vain to meet with his fellow bishops in the curia of Buenos Aires. But we manage to get a haircut at the barber shop where Bergoglio used to go for 20 years. This barberia opened up in 1936 and has existed ever since. It is just one and a half block away from curia and inside it smells like cologne. There are clients with greyish hair who come here to get shaved, get a new haircut or a feet treatment done by a specialist.

– He was humble and introvert. We chatted about current issues, football, politics – tells us Juan Jose who has worked here for 30 years. He confirms that what they say and write about the famous black shoes – the ones he didn’t take off even when he was elected Pope and had to put a marble-white outfit – is true. He rarely changed them. 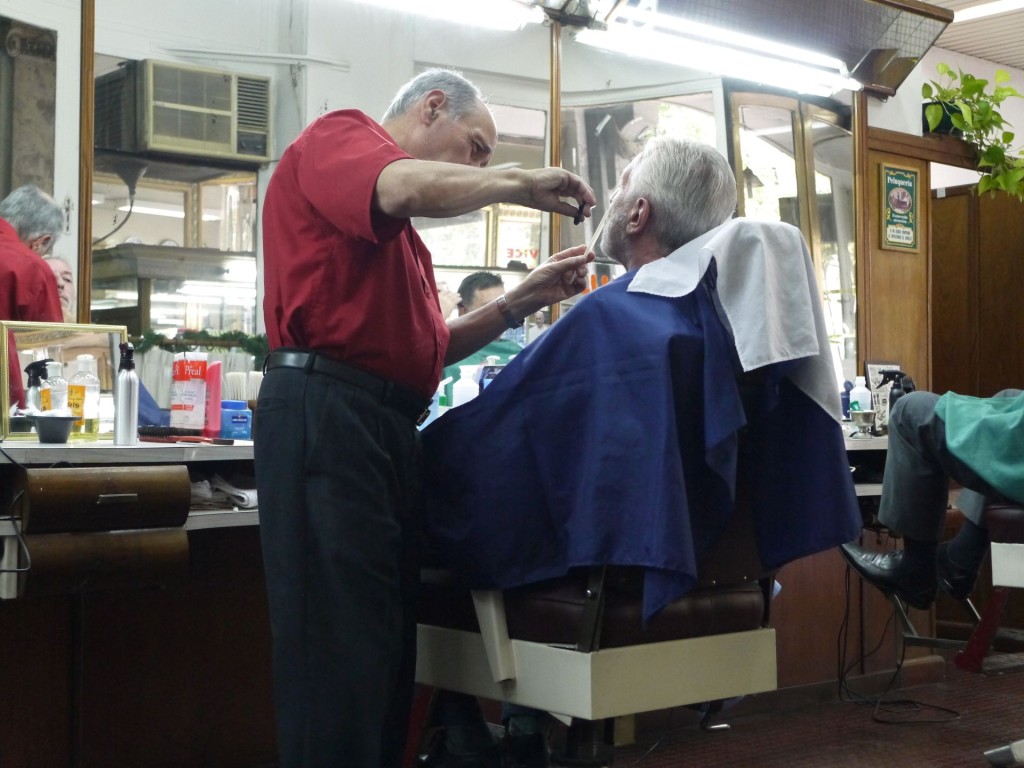 Not too far from the barber shop there are two kiosks related to Bergoglio. In one of them the archbishop bought his newspaper on the weekends. From the other one, located just on Plaza 2 de Mayo, across the building of curia, Daniel del Regno used to bring him his daily newspaper “La Nación” during the week. Always at 6 a.m..

– I used to bring it every day, even on Sundays when I didn’t work. So one day I was late and we met in the middle of our Plaza. “I can see that you kiosk is closed” – he said. I explained to him I didn’t work on Sundays. “So what are you doing here?” – he asked. “I’ve come to bring your newspaper” – I replied. So than he banned me from coming all the way just to do it and started to go to this other kiosk.

Daniel admits that he doesn’t identify with catholic church too much. At the same time, the cordiality and austerity of Jorge Mario Bergoglio impressed him a lot. So five years ago he asked the archbishop to baptize his son, Lauretano. And he did it. He sometimes even calls to wish him happy birthday.