A piggy made from rotten banana, a rain made from hairpins. Victor Nunes sees art everywhere.

We come to his place located in the uptown neighborhood of Sao Paulo called Higienopolis. His wife Cecilia opens the door. Their apartment is full of paintings, little statues and porcelain. There is a flowery table cloth on the table. Cecilia serves coffee and yellow cookies.

–  Oh, I have never seen them before! They looked like abandoned treasure – Victor is excited, he takes the cookies, put them on a piece of newspaper and then swallows them one by one. He asks Cecilia to bring him her new purchase. A strainer. He takes a piece of paper where he has painted eyes and whiskres before and puts the strainer on it. A cat appears. – Look how simple it is. I made it today. 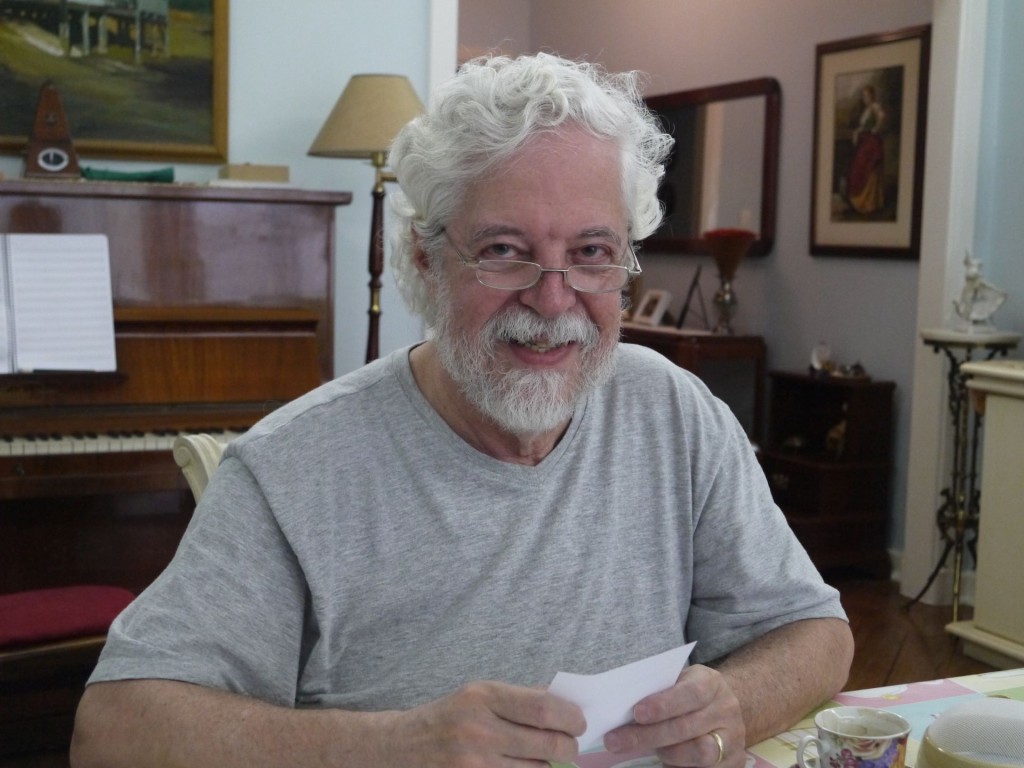 When Cecilia comes back from her daily shopping, he often snatches things out of her bags: ginger, lettuce, breadsticks. He has been designing happy faces and creatures made from food and everyday objects for two and a half years now. He has more than 40 thousand followers on Facebook and five thousand of them on Instagram. We ask him where his ideas come from.

–  It’s intuitive. The art is always a transformation of something real. Reality stimulates me – he smiles again. 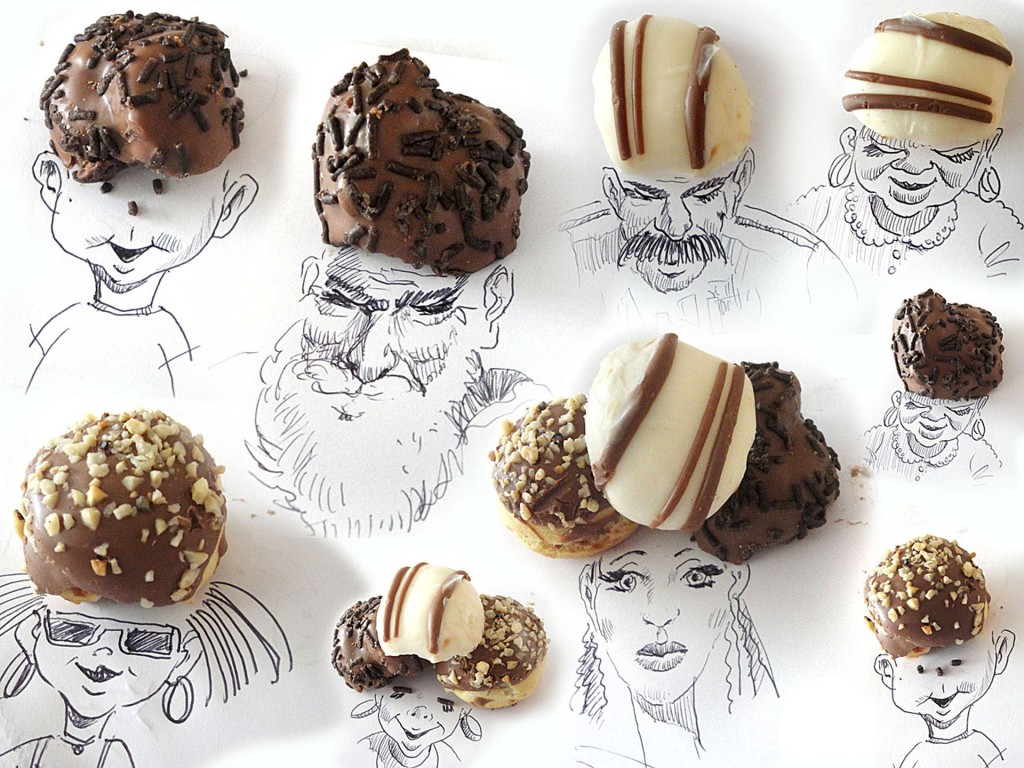 He is 67 years old. He tells us that he has been working in advertising all his life. He started in the 70’s, first as an illustrator, then as an artistic director (“I worked in the era before PC, we had to draw it all”). For twelve years he managed FCB, one of the most famous advertising companies in Brazil. At that time he already drew faces made of products, for example to advertise bubble gums or grape soft drink.

He plays piano and composes his own pieces too. He describes his drawings as “brincadeira”, a play, a game. The word “brincar” defines his personality exactly as the word “bouncing” defines the character of the Tigger from “Winnie the Pooh”.

–  My art is ephemeral like soap bubbles. It only exists for the people who see it – he giggles. – Can you imagine what would happen to a face made from a strawberry? In three years it would be totally rotten! That’s why I take pictures. 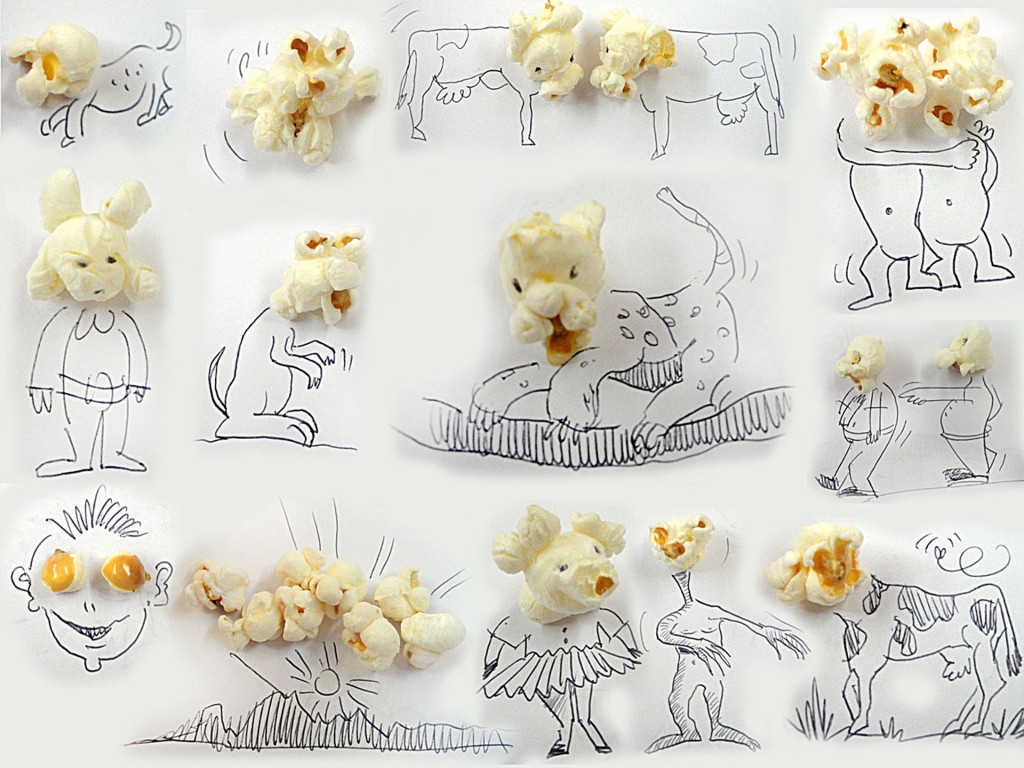 He invites us to his working space. There are two laptops on a desk. He shows us pictures of faces drawn between two maple leaves. The leaves are souvenirs that his son has just brought him from his holidays in Canada.

–  First hand drawings, I haven’t published them on– line yet! – the old man is so happy to show us their premiere. He is also delighted with the possibilities of social media. – No agents, just me. I take pictures, combine them together, post them and three minutes later I know weather people like it or not! 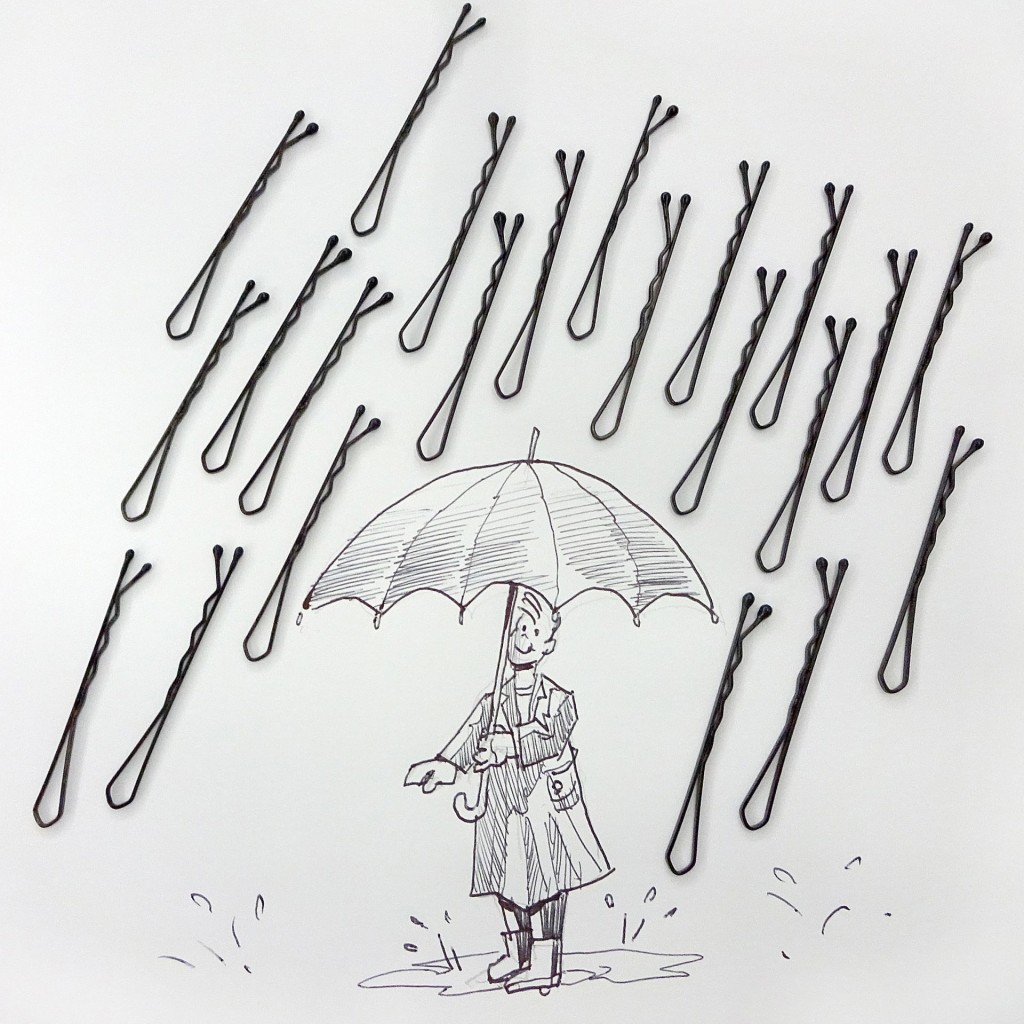 Usually – they do. His illustrations were published in a Dutch book about art, in an advertisement of American Express, Arabic manual for chemistry and four metro stations in Sao Paulo. Even though he keeps on getting commercial inquiries (especially from chocolate companies), he says he doesn’t draw for money. – For me it’s pleasure, entertainment. Laughing is so healthy! Seriously, I don’t need any more money. 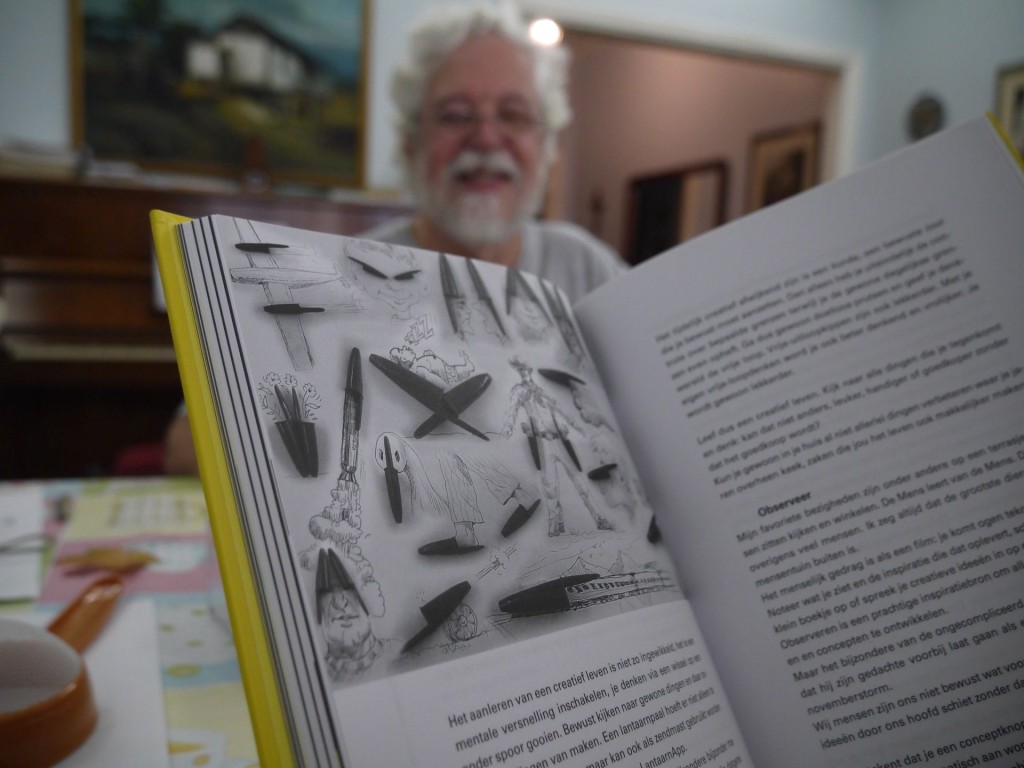 Sometimes, when he goes out, he collects little treasures on his way: matches, bottle caps. He brings them home because he can only work in his living room, at the table with the flowery table cloth on it. – Creation is a solitary action. Not a show. 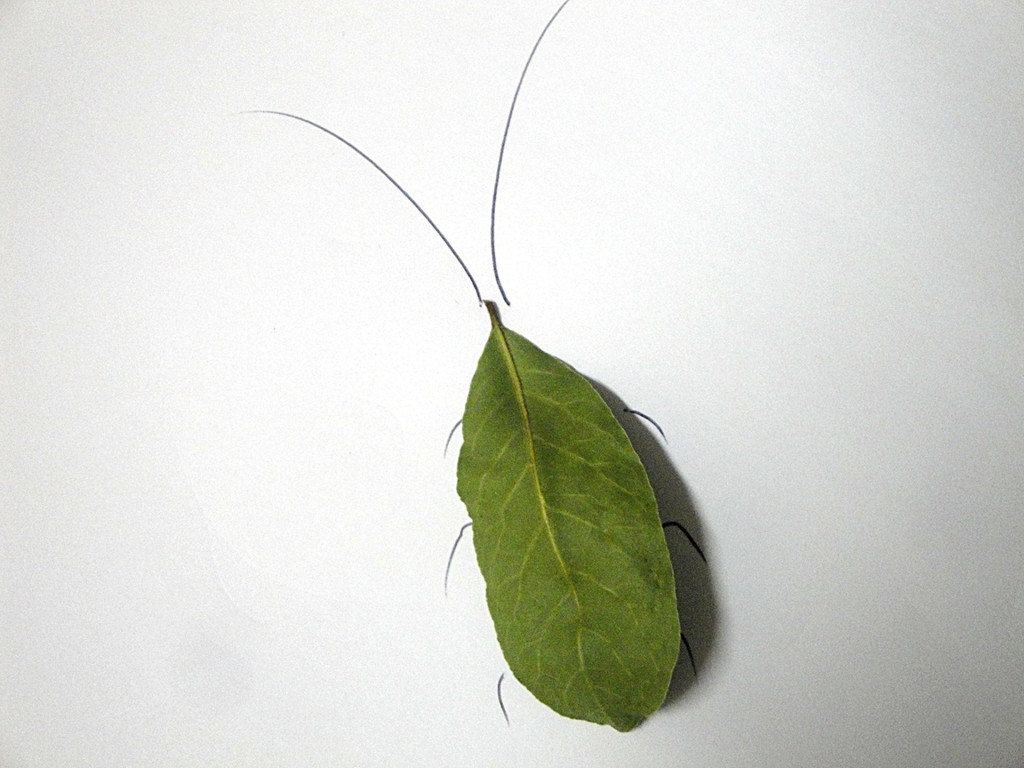