What happened to Amelia B.?

She committed suicide because Salvador lost a match. Thanks to Kapuściński, everyone knows her. Everyone but Salvadorians.

We came to San Salvador to find Amelia Bolaños’ family. On 8th July 1969, when El Salvador lost football match against its neighbor, Honduras, and therefore missed the opportunity to play in World Cup in Mexico, she was 18 years old. Honduras scored the winning goal in the very last minute of the match. When it happened, the girl run to his father’s desk, took out a gun of its drawer and shot herself. We can read the description of this event at very first page of “The Soccer War” (1978) by the greatest Polish non-fiction writer and Ryszard Kapuściński. According to him, this girl became a symbol of the bizarre war between neighbors which was happening at that time.

We start our search from asking anybody we meet.

The taxi driver, around 50 years old tells us: – I have never heard her name.

– Bolaños, really? – a 26-year-old Juan Martinez Molino Bolaños is very surprised. – It’s funny that we even share the same surname.

In a coffee shop in the city center we meet a 71-year-old Salvador Mariona, the captain of El Salvador national team in 1969. He is a very relaxed and witty person. – I remember it very vaguely that people told a story of somebody who committed suicide back then. But for sure he or she didn’t become a symbol. We were the symbols!

Mauricio „Pipo” Rodriguez, a striker in the 60’s and later selector of the national team, frowns: – Bolaños? I can’t say it is a lie. But I can’t say it’s true either.

We follow the steps of Kapuścińśki. „A young girl who couldn’t stand the fact that her country was beaten up” – wrote about her “El Nacional”, Salvadorian daily, the next day. “In TV there was life broadcast of Amelia’s funeral, the whole capital took part in it” – writes the Polish reporter. 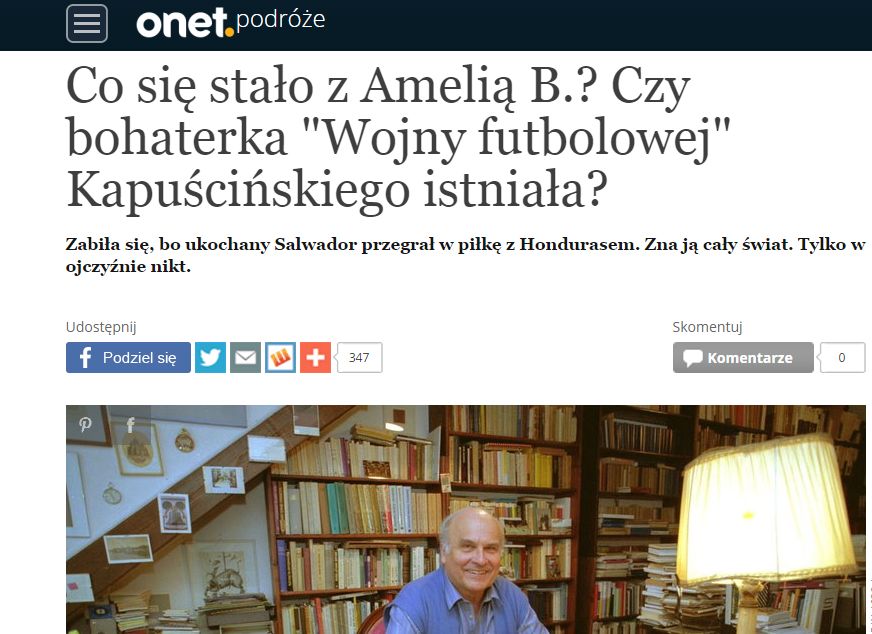 When we look through materials stocked in the library of UCA, main university in San El Salvador, we find old editions of „El Prensa Grafica” and „Dario de Hoy” from 1969. However, there is no newspaper titled „El Nacional”. Only later will we find out that there has never been such newspaper in El Salvador.

The newspapers write a lot about the match but there is no information about young woman’s death. To be sure, we look through the newspapers from the whole month.

We skim two historical books too. Neither Cesar Elvira Sierra, nor Thomas P. Anderson has ever mentioned the heroine we are looking for.

In his book, Kapuściński describes her funeral: “On the head of funeral procession there was an honorary troop with a flag. The president and the ministers marched just behind the coffin covered with a national flag. Behind them, there were eleven footballers from El Salvador’s national team who came back that morning with a special plane after people on the airport in Tegucigalpa laughed at them at spit on them.” 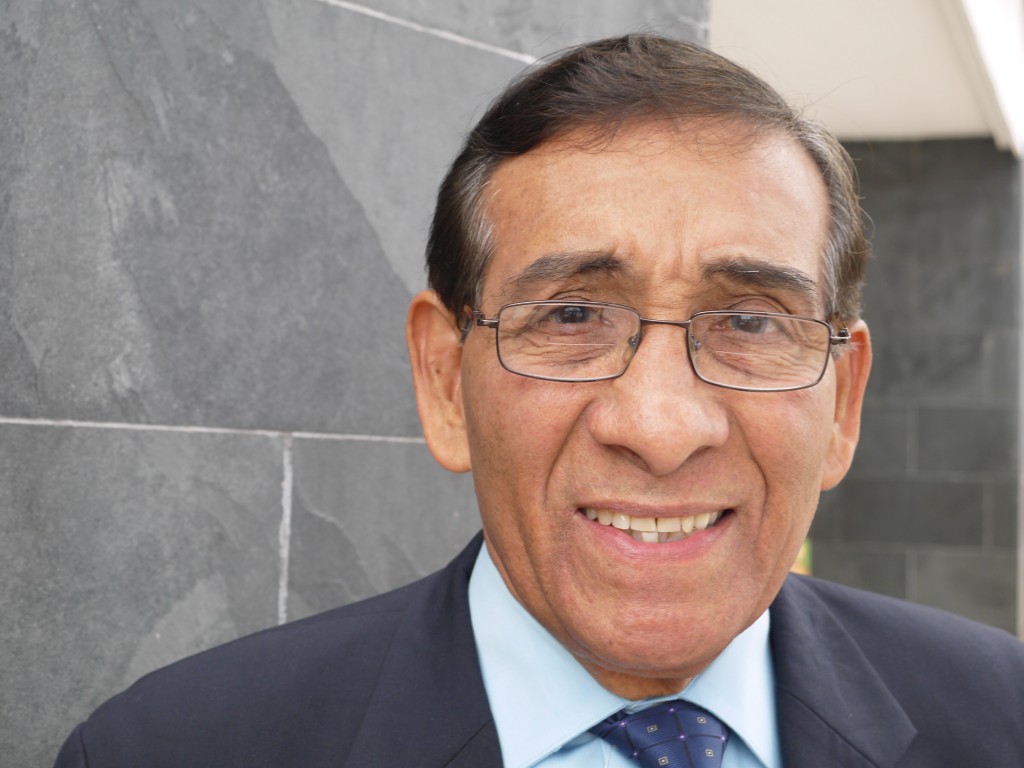 Mariona jokes: – If you paid me 100 thousand dollars I could have told you that yes, I took part in Amelia Bolaños’s funeral.

The Polish reporter recollects tense atmosphere the audience felt during the next match between two countries which took place in El Salvador. The footballers from Honduras were transported to the stadium in armored cars and the organizers feared that “the crowd, avid for revenge and blood” would attack them. This irritated crowd was supposed to hold Amelia’s portrays.

– What portrays? – ask Rodrigo Arias, a producer of sport department of Telemundo and an ex – journalist in “La Prensa Gráfica”, a specialist passionate about the history of Salvadorian football. He dedicated two years to find Amelia. He interviewed everyone – from family, through players to politicians. He looked through archives of all four newspapers which were published in El Salvador at that time. And he reassures us that there was no “El Nacional”, the newspaper Kapusciński mentions, among them.

In the end, he went to San Salvador’s city council. He looked through all death certificates from June to August of 1969. He couldn’t find any Amelia Bolaños between them.

– I think she didn’t exist. I came to a conclusion that Kapuściński made this story up to sell his book better. I don’t have the smallest doubt about it. But this is only my personal opinion – says the journalist.

We also talked with a Salvadorian historian Carlos Canas-Dinarte. – The story of Amelia Bolaños is false. There are no documents which could prove her suicide. 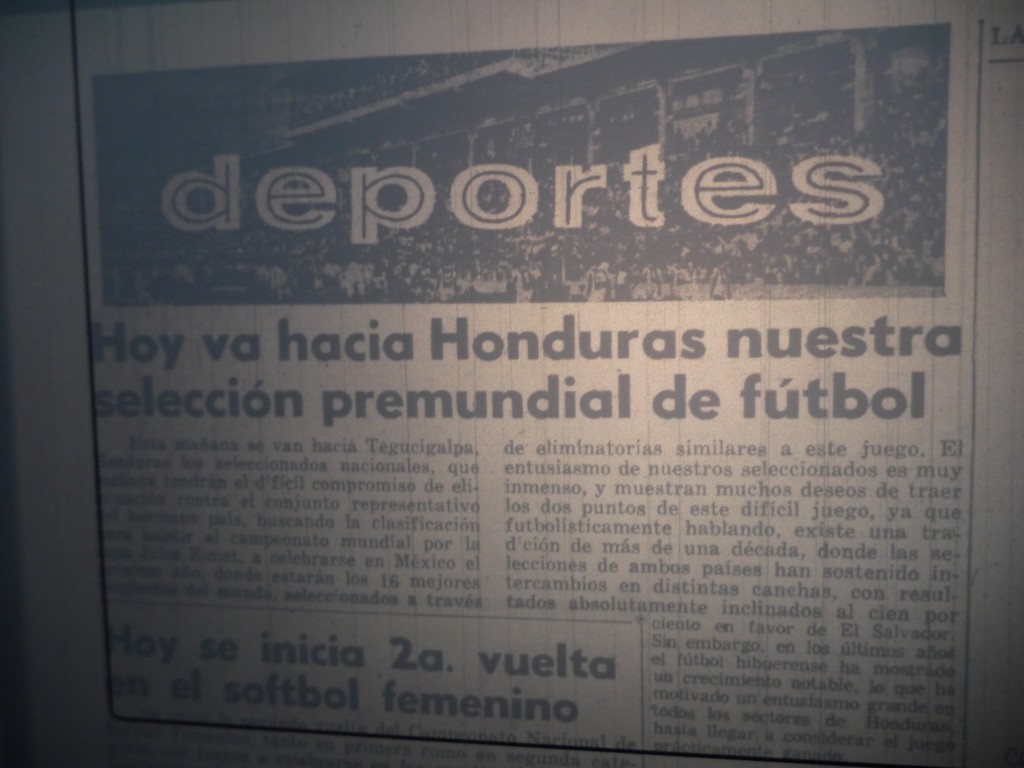 There were many myths around The Soccer War for a variety of reasons, “Newsweek” and “New York Times” published undocumented news from Honduras as well. What is more, this is not the first time when Polish non-fictions writer’s guru – Kapuściński – adjusts reality to his needs. In his biography “Kapuścińśki. Non-fiction” by Artur Domosławski, the author gives many examples of Kapuściński’s ambiguous descriptions which were not necessarily true (mostly from the books: “The Emperor: Downfall of an Autocrat” and “The Shah of Shahs”). He also cites a dialogue between Wojciech Giełżyński and Ryszard Kapuściński. The first one asks the second one if one can change facts in order to obtain better artistic or cognitive result: – Yes, you can do so. You can develop the reality using the elements which are actually part of it – Kapuściński replies.