Tanja Nijmeier, a Dutch, used to fight alongside FARC guerrilla in the jungle. Today she is negotiating conditions of peace with Columbian government.

There’s been a war going on in Columbia for half a century now. Government forces have been fighting against FARC, an organisation which, in a guise of being a ‘Robin Hood’ who takes from the rich and gives to the poor, overtook a huge part of the country. Kidnapping for ransom, impositions on the richest class and taxes introduced  on drug cartels (i.e. Protection for kingpins in exchange for cash and weapons) were its main financial funding. It was all said to be a part of fighting the capitalism. A lot could be said about FARC and its history but our main focus is the protagonist of this article.

A lot of people think that FARC originated from villagers fighting for a piece of land, because they wanted social justice, and that’s true. However, the systematic violence used by the government to repress the citizens of its own country forced them to reach for guns. – says the campaigner pursued by the Interpol.

We were fascinated by her story. We managed to get her email address and we sent a message not expecting any reply. However, it came instantly. A beautiful woman, who lived in the jungle for several years, now is in charge of FARC’s public image. And the organisation’s aspirations are to be a political party one day.

Peace is a necessary thing in this case, though. Negotiations have been held on Cuba, where our protagonist lives, for on and off two years now. She escaped there with other FARC leaders, when the government forces attacked their hideaway in the jungle. Surprisingly, instead of encountering a camouflage-clad campaigner we met a beautiful,  eloquent woman fascinated by Che Guevara, who speaks five languages fluently.

It all started in the late 90’s, when Tanja Nijmeijer, a student who had just graduated from university moved from Netherlands to Columbia to volunteer. She was an English teacher in a school set up for children of rich people in Pereira, while simultaneously perfecting her Spanish. Her Spanish teacher showed her the less fortunate face of the country. And planted a passion for revolution in her head.

She became a member of FARC guerilla and went through a three-month-long  training in the jungle. She learned how to set up fire without smoke, she constructed IEDs (Improvised Explosive Devices). She broke the rules once: she called her family in the Netherlands. She had to dig her own grave as a punishment. Nowadays she’s one of the leaders in the organisation. She’s prosecuted by the courts of Columbia and the USA.

– There are a lot of crazy stories about me circulating around the media: how I killed people, hijacked planes and how i was complicit in kidnappings. Reporters are great in reproducing and making them up, but they seem to fail in verifying the facts – she says.

At the present time she is a part of a ten-person delegation from FARC and takes part in negotiating the terms of peace with government representatives. Her enemies call her „pretty face”. Her job is to soften the public image of FARC, considered by the USA and EU to be the biggest Latin American terrorist organisation. Tanja lives in Havana and uses Facebook and Twitter. 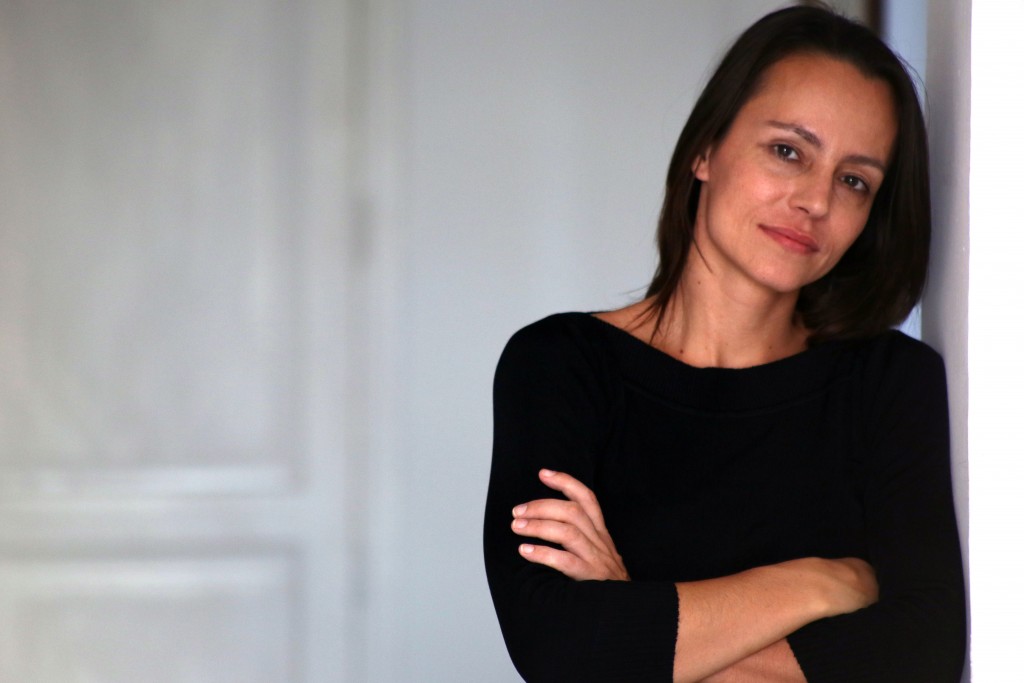 – Pretty face? It’s just a slogan. We don’t want to sell a commercial product. We’re creating something serious, we want social justice for all Colombians. The country and FARC don’t need „pretty faces”, they need people who think, create and work. What I do is just a tiny part. – she convinces us.

She scolds us for using wrong sources and reinforcing stereotypes. She rants about media lying. We ask about Human Rights Watch reports, which clearly indicates infringement of human rights, attacks on civilians, using child soldiers, rape on women and forcing them to have abortions.

She only addresses the last point.

– Imagine a guerilla woman marching with and infant by her breast, a camp with crying babies. The use of contraceptives is very important, but there are some cases of campaigners who gave birth in the wild. Abortion is a last resort – she cuts the topic off.

Then she adds: –  The government is still killing people. They drop bombs on camps and have no interest in talking about ceasefire. It’s crucial to clarify that FARC doesn’t „kill people and organise terrorist attacks”, we have never planned attacks that could affect civilians. That doesn’t mean that such cases haven’t taken place in  fifty years of the conflict. We were  bound to make some mistakes in such a long time.

The truth is, the government has never agreed to a ceasefire. Even after the first peace negotiations the military hunted for guerilla camps. And they fought back. Just recently they have attacked  an aqueduct (leaving 60 thousand people without water) and power grid. Experts state that campaigners no longer abduct people. That’s the only accomplishment of the negotiations.

On the 31st of August Humberto de la Calle, a member of a government delegation, announced that the talks are heading towards the end. Following day FARC representatives fervently denied that statement. The route to peace is sinuous.

Meanwhile, Tanja doesn’t even plan on getting her passport back. She burned it on a portable stove just before a government forces’ attack on a jungle camp in 2007. She escaped to Cuba, and the servicemen found her diary. It said: „Jungle is my home, FARC is my family”.