Santa Cruz. The most densely populated island in the world

This is how everybody described it. Nobody knew that there is no thing which would outrage their inhabitants more than this label.

Santa Cruz del Islote looks like if somebody cut out a piece of a city and threw it in the middle of the Caribbean Sea. Ninety houses pile on each other on the area smaller than one hectare. According to most rankings and journalists, there are over one thousand people who live in them. Santa Cruz is the smallest of ten islands which belong to San Bernardo Archipelago. A black sheep with concrete shores instead of paradise-like beaches.

We came there to give free English classes to children and adults who often work in tourism as cleaners, waiters or snorkelling guides without knowing more words than “hi”, “bye” and “lobster”. That was the only condition island authorities agreed to let us stay there and write a story about them. Otherwise, all journalists are banned by Island’s Council. 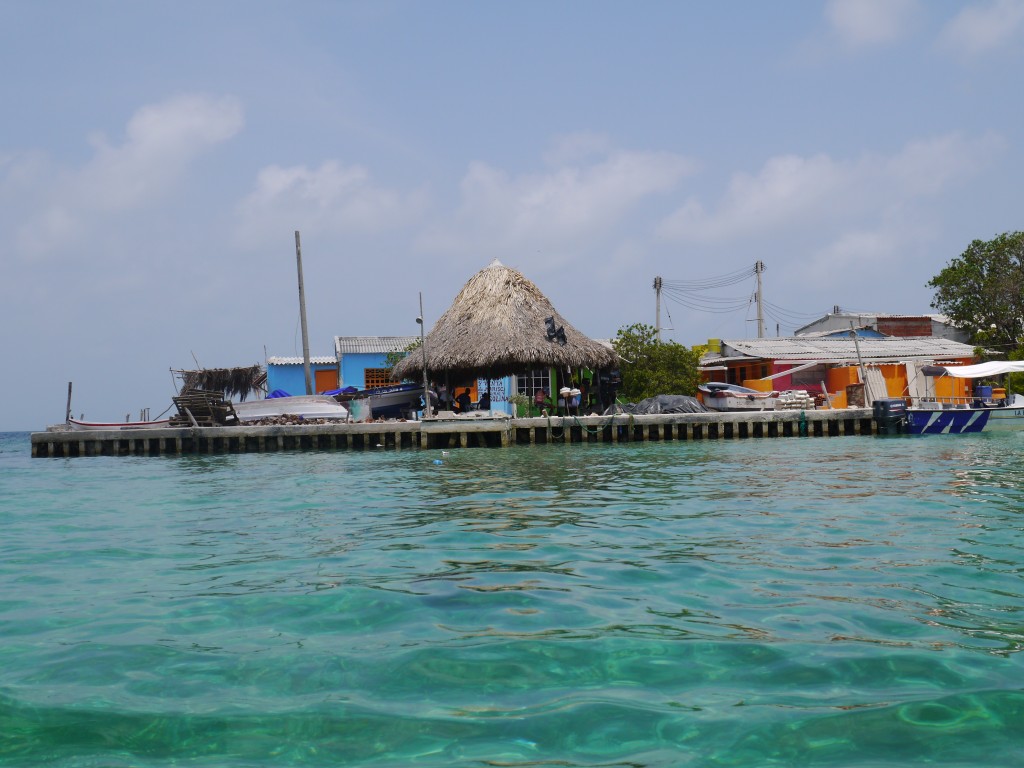 – Where are you from? – is the first question children asked us. They didn’t leave us alone for even 10 minutes during all days long. – Poland – we replied. – And what island is that? – they asked again.

To play football, the residents need to go by motor boat to the neighbouring island on the west, Tintipan. To bury their relative – to the neighbouring island on the east, Mucura. There is no space for football pitch nor for graveyard here. Both neighbouring islands have crystal water shores with heavenly smooth sand. Tourists from USA and Western Europe come here for luxurious holidays and spend no less than 150 dollars a night. They only see Santa Cruz from a boat which passes nearby and stops to let them take pictures of this exotic (weird) place. Only sometimes they go ashore and without taking off their life vests observe the residents as if they were animals in a zoo (we experienced that too as being the only whites living on the island among this Afrocolombian community). 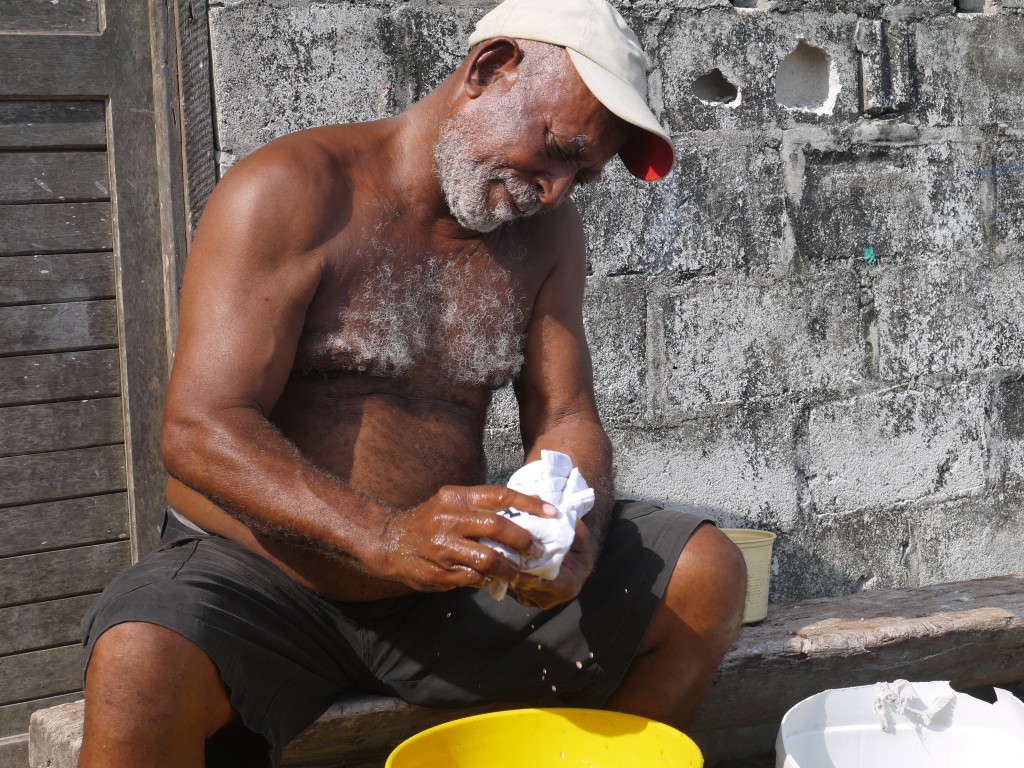 -They wrote many lies about us – complains Rocio Barrios, member of the Island’s Council and a businesswoman. She purchases fish and lobsters from local fishermen and sells them to vendors on the land. – The most harmful one is that there are over one thousand people who live here. How would we all fit in? What conditions would we live in? Because of that false information the government wanted to resettle us from here a couple of years ago. That’s why in 2012 we did a population census and it turned out that there are no more than 540 residents on Santa Cruz. The rest is a floating population which comes and goes during Christmas and holidays, when children leave their boarding school in Cartagena and families visit their relatives. 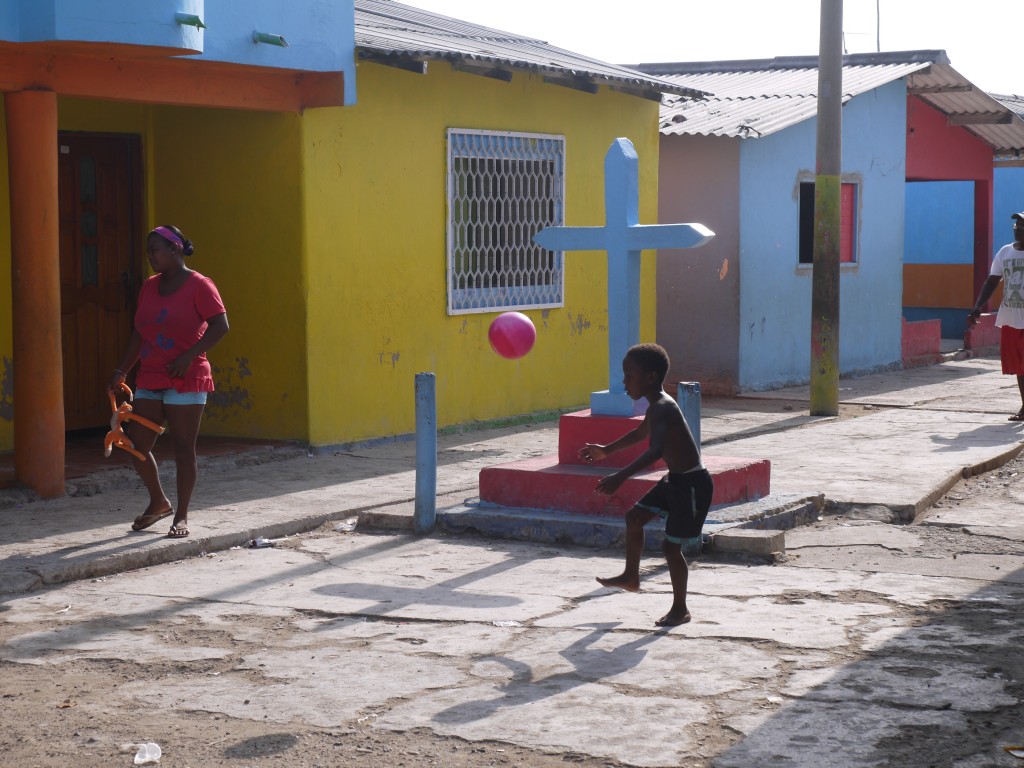 Rocio has her own pier but she allows everyone to use it. All tourists boats stop here and because they have to pass through her private house – and the door which leads to the only island’s street – they usually get wrong impression that people here need to cross each other’s houses to get from one place to another.

The residents of Santa Cruz also read about themselves that they marry between blood relatives. – I don’t know a single marriage like this – Rocio gets irritated. 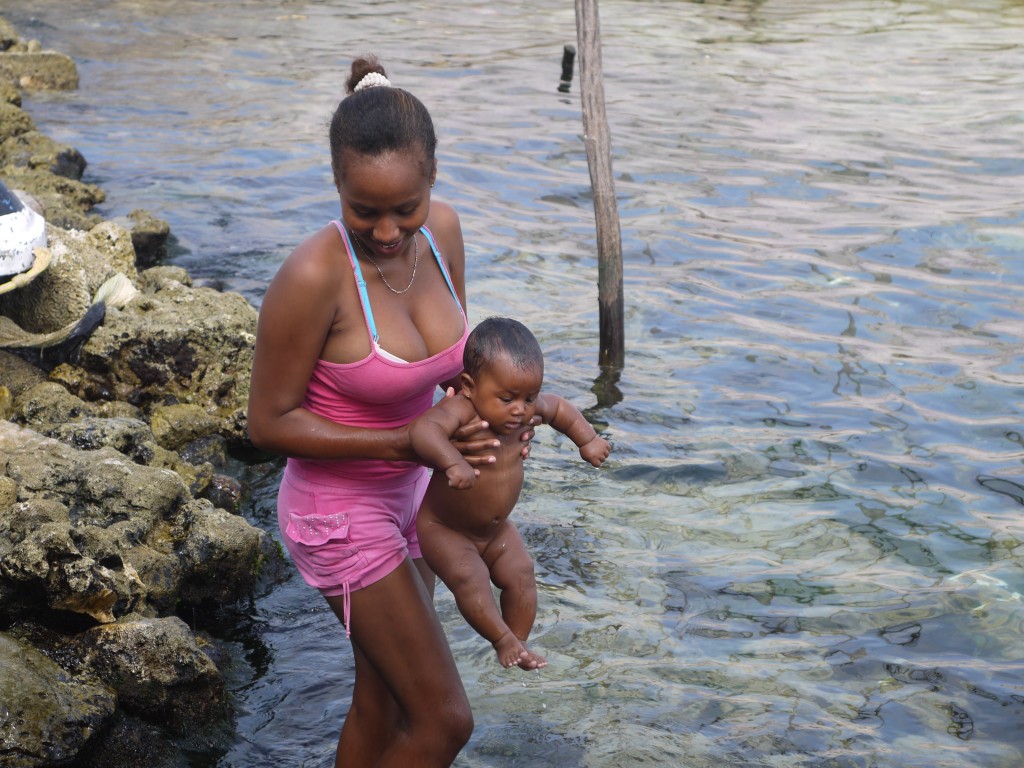 Last but not least, they read that due to lack of tap water, they wash themselves in the sea. Rocio makes an ironic smile to her friend. – Come on, neighbour, don’t be shy! It’s time to finally tell it out loud: I never take a shower in fresh water!

The truth is that they do have problems with fresh water supplies, especially in the dry season. There have been years with 6 months passing by without a single raindrop. Another member of the Islands Council called Tiburon, which means “Shark”, shows us how to deal with it in daily life.

– I always use two buckets for laundry – he points to the buckets placed in front of his house overlooking the sea. –  One with sweet water and one with salty one, to be more economic – he smiles. – We have a lot of issues to be improved here. But at least we know each other. Not like you, people on the continent, where you live in the same block and don’t recognise your neighbour’s face.

Here you can read about how our English programme turned out on Santa Cruz del Islote.