Mission impossible: how to find at least one person willing to study English on the most densely populated island in the world.

We crossed half of Colombia to reach Santa Cruz. By bus, on foot, by truck and boat. We were about to give free English classes to children and adult islanders who work in tourism and would find it useful to have basic knowledge of this truly foreign to them language. In exchange, we could write an article about them (here you can read why islanders don’t like journalists at all).

The island’s surface is smaller than a hectare and it’s built-up by 90 houses with around 600 residents in them (or over one thousand, as most of the media prefer to write). Because of that, an unwanted label of the most densely populated island stuck to Santa Cruz. 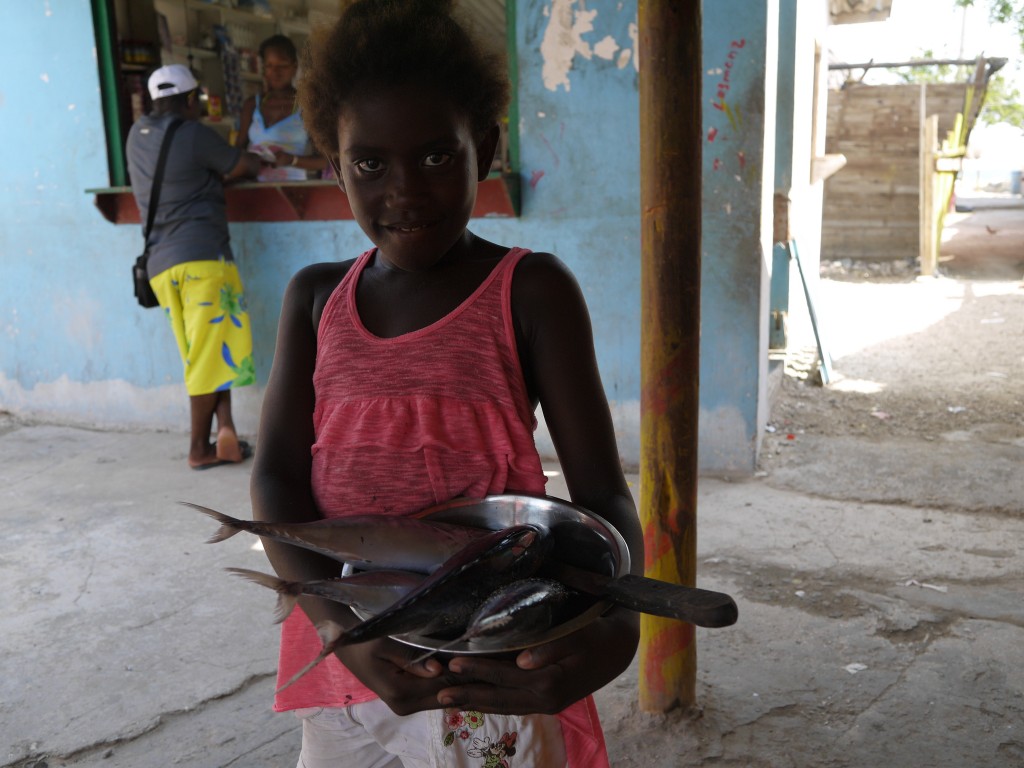 Two months after our first visit we came to the island. And we came well prepared. We had special materials for children at school and for the older islanders, which included a vocabulary list of thirty fish species living in their sea (although we had no idea what any of them looked like). We moved into an “apartment” prepared for us (which we had to pay for, unfortunately): a room without a window, plaster on the walls eaten by fungus and bathroom with some friendly cockroaches creeping. We had to collect water to wash fruit, vegetables and take a bath from a giant tank for rain water (with some less friendly cockroaches floating in it; Santa Cruz was the only place during our 11 months travel where we got really sick). On the island, electricity is supplied by a generator for five hours a day only, between 6 and 11 p.m. So early in the morning, at 6 p.m. you have an impression that everything and everybody shouts – TVs, radios, people, giant speakers placed outside houses (nobody switches them on, they just turn on automatically once the electricity is on). And later, exactly at 11 p.m., you have a bizarre sensation that the whole world has just ended. All that noise ends abruptly and breaks to total quietness. Even the waves are silent.

But we were supposed to tell you about our English programme. So here we go! 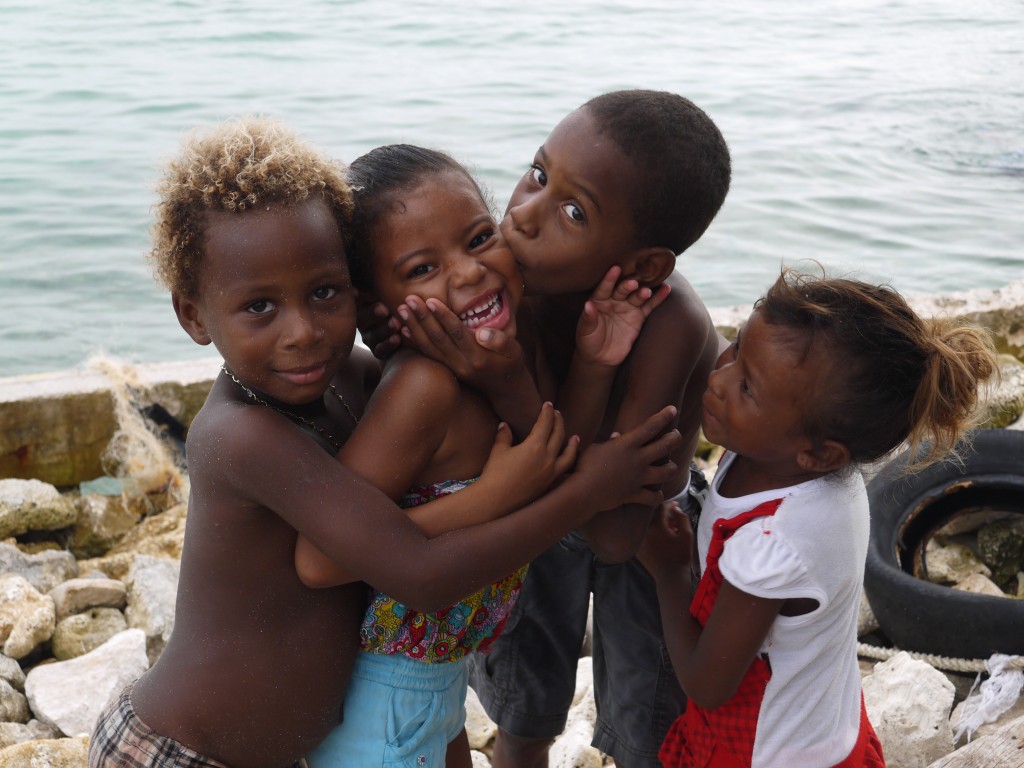 Day 1. The head of Island’s Council and the teacher can’t organize us a room in the only school here, even though it’s empty every afternoon. They are also unable to establish out schedule for the following week.

Day 2. We succeed in establishing (almost by force) out the timetable. We will have lessons twice a day, at 4 p.m. for youngsters, at 7 p.m. for adults. We wait for them outside school at that time. We are the only white people living on the island size of a small mansion and everybody knows why we have come there. Children come to play and talk to us. But nobody comes to study English. 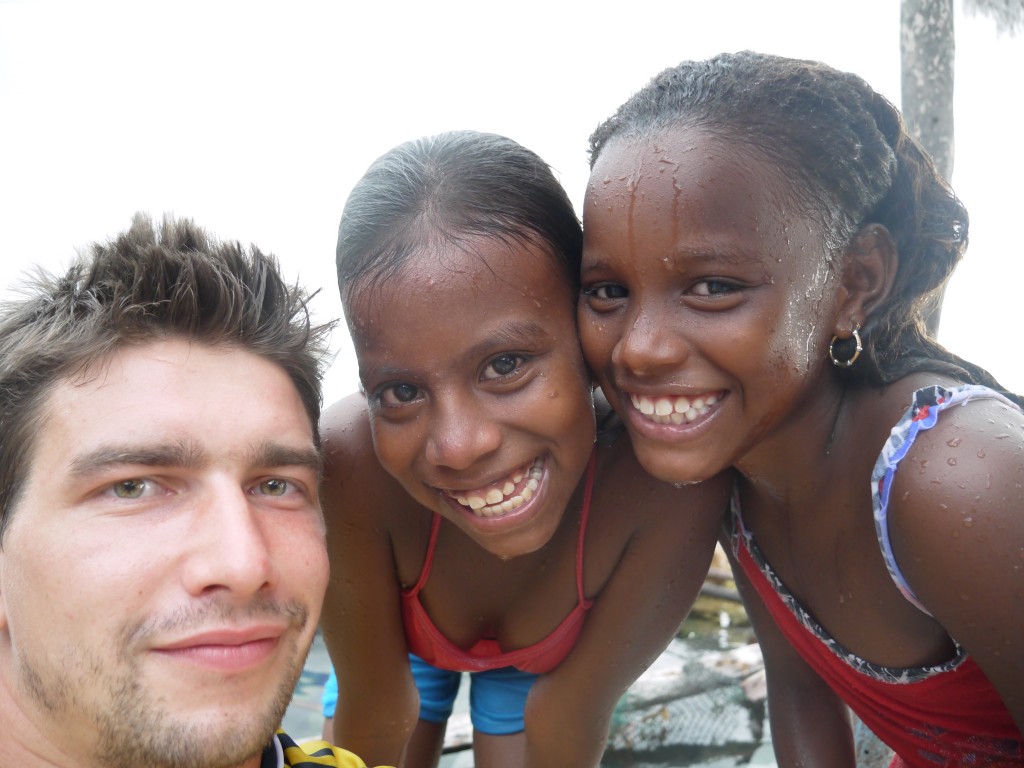 Day 3: We sit in front of the school for an hour twice a day. But the islanders just pass by, smile or talk to us. It’s Tuesday. But it’s holiday today, who would study?

Day 4: Still no interest. We pack our things and leave the island.

But don’t jump into conclusions to soon that we are impatient – we agreed on the time of our arrival and English course via e-mail and confirmed it twice.

There is only one guy who saves the honour of the islanders. Adrian, 16 years old. He comes to us and asks for lessons in the evening, after he has finished all his errands. He works as a tourist guide and in the afternoon he collects money for electricity. We spend with him every night. He also seems to be the only young person here who has a plan for his future different than being a fisherman or working in a hotel.  – I want to study tourism and run my own hostel one day – he tells us while repeating all the words in English he has ever learned.

We really cross our fingers for him. Good luck Adrian!