At the bar of Osama Bin Laden

We are standing at the street in the centre of Sao Paulo. Suddenly, Osama Bin Laden appears in front of us. We follow him to… his own bar!

The centre of Sao Paulo, the urban agglomeration which is home to 20 milion of people. We are standing at the crossroad between Adolfo and Avenida 9 Julio streets. We are about to ask somebody about the directions when suddenly we see… Osama. He is wearing a military uniform, a turban and a long beard too. He waves hello to a hairdresser and says “Hi” to a taxi driver. We approach him. A 55-year-old Francisco Helder Fernandes Braga runs a „Bin Laden’s Bar” right in this neighbourhood.

– First time I heard about the terrorist on the 11th of September 2001. It was morning, I was sleeping when I heard somebody ramming my bar’s doors. It was my friend. He was carrying a towel and he told me to put it around my head. He moved me in front of a mirror and screamed: “You look like Osama!”. I didn’t know who he was at that time so he told me to turn the TV on. It was all about tears and tragedy. All because of a guy who looked just liked me – Francisco recalls. 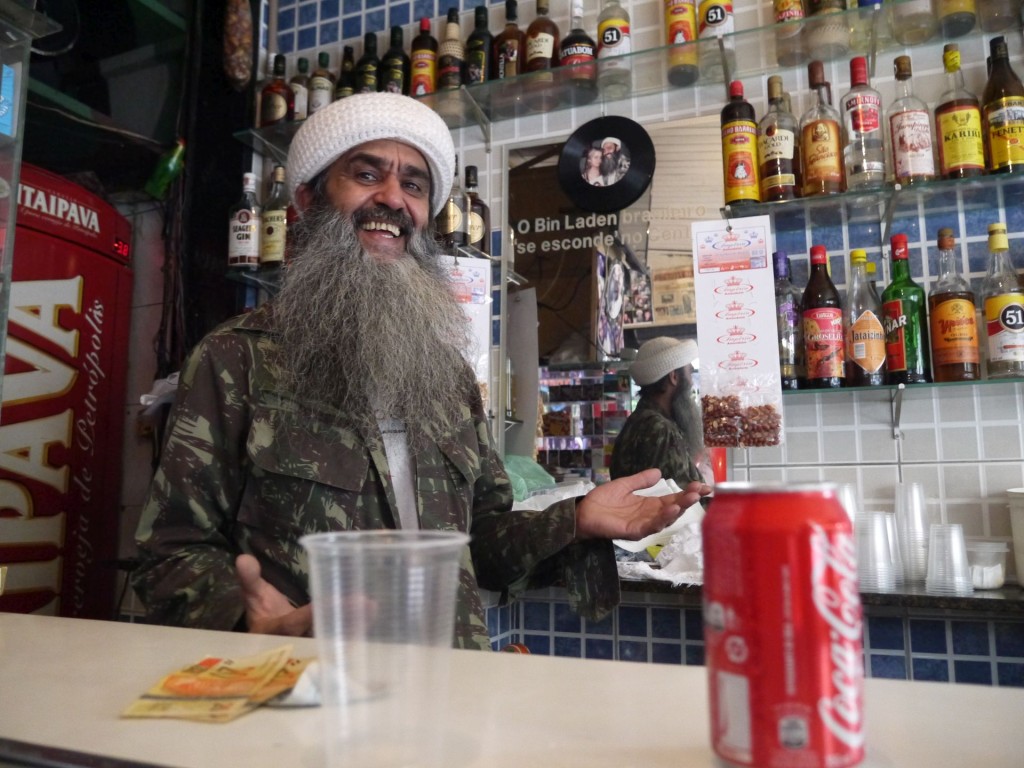 A few weeks later he cut his beard for the first time in 14 years. He was fed up with the fact that everyone called him in the street and shouted bad names at him. There was even a man who caused a car accident because he couldn’t take his eyes off Francisco and a woman who hit a street pole for the same reason.

It took his beard three years to grow back. – I swear that for five years it hasn’t grown even a millimeter. But nobody believes me – smiles the extraordinary bartender.

One day, at the times when United States were still intensely looking for the leader of Al Kaida, a client of his bar called the police and denounced that he hi was hiding right there, in the centre of Sao Paulo.

– Policemen came and we all had such a great laugh! And then my friend made me realize: if everyone was taking me for Osama, maybe I could make some money on our simmilarity? At that time I was almost broke because the business didn’t go well and one woman made me pay a lot of money for my supposed son – he tells. 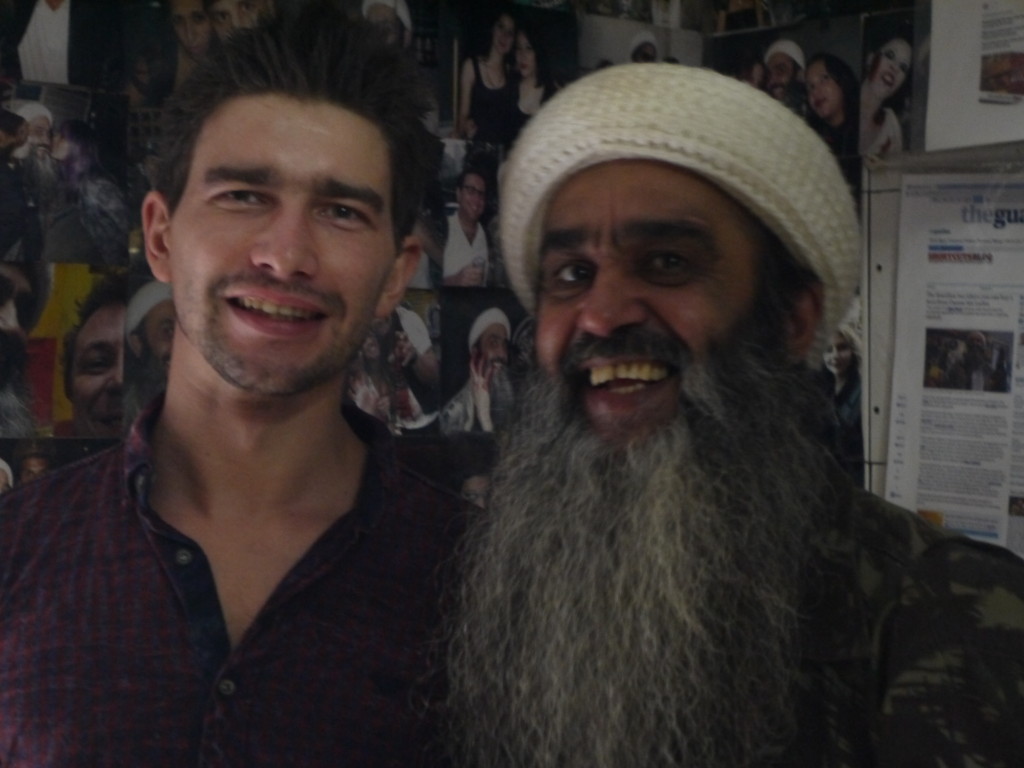 A small bar, three plastic tables, a table for snooker. There are plenty of newspaper’s articles hanging on the walls and pictures of Osama with his fans too. Francisco listens to Led Zepellin and Black Sabbath and the fans of hard rock call him Uncle Bin. He became popular in Sao Paulo when all the newspapers of the world published the news: “Bin Laden is alive”.

– One of the TV stations made me dress in sheets and we observed the reactions of people who walked on the street. Another time I walked around with an imitation of a bomb – he tells and we look at each other confused. – Don’t worry. Brazilians have a sense of humor. I am nothing like Bin Laden except that we look alike. His weapon was a rifle, mine is a smile.