Grandmas and grandpas from Uruguay use tablets and finally can understand their grandchildren’s world.

– Sometimes I click “like” under a granddaughter’s picture on Facebook. Another time we go to a dance for pensioners and we shoot a photo. Do you know what is WhatsApp? – asks Nelly Bagnuoli.

Nelly is 65, lives in a quiet residential neighbourhood called Penarol, on the outskirts of Montevideo. She is very active in the local group of pensioners and also one of the first pensioners in Uruguay who received tablet as part of governmental programme Ibirapita. The tablet in the green case lies at the head of the table in her dark living room.

– My neighbour, whose son lives in Spain, calls him on Skype whenever she wants – he works in Spain. Another one started knitting, she learns from movies from YouTube. Tablets have changed our life. We regularly organize picnics with blankets, juices and cakes. On every walk we take pictures with tablets for our local newspaper – says Nelly. 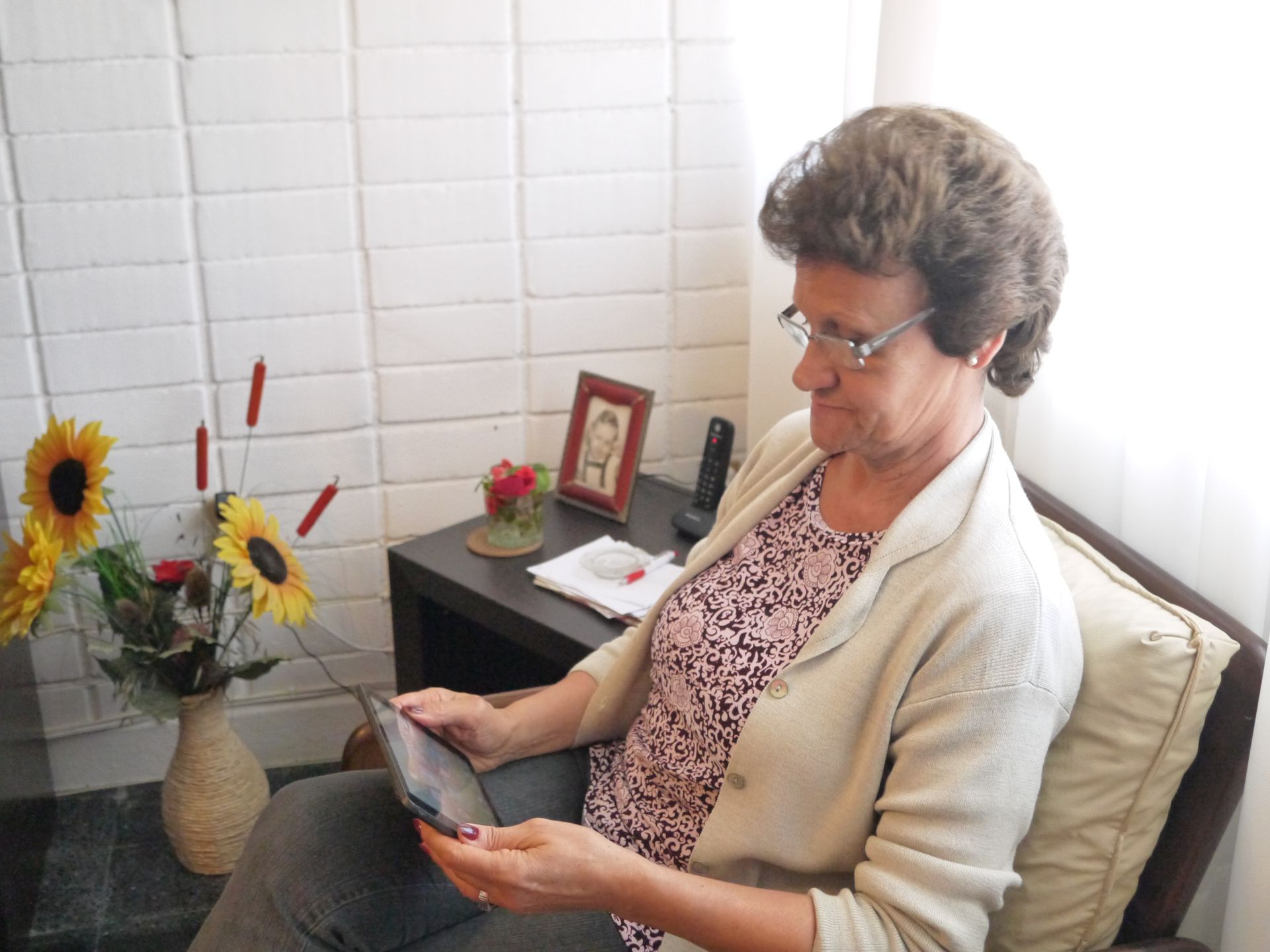 – Usually I write to my friends on WhatsApp or Facebook. I don’t like radio, but many of my friends enjoy listening to it. They put on headphones and their siesta is ready! Some of them are addicted to the tablets. But he … – Nelly shakes her head and points to her husband – he even goes to the toilet with his cell.

– Some of our friends use tablets to read books – her husband interrupts, embarrassed, but happy that he was able to use the only moment when his wife took a deeper breath.

Tabaré Vázquez promised tablet for every retiree in the Uruguay during his presidential campaign. Social media were full of popular memes: pensioners with chocolate bars or Viagra pills. Former presidential candidate was portrayed as a Moses with the two tables of stone.

Vazquez had real achievements. During his first term (2005-2010, before the presidency of the famous Jose Mujica) he implemented Plan Ceibal. Each of 380 thousand students and 16 thousand teachers in Uruguay got a laptop. The pioneer project gained worldwide recognition.

– I know that this idea makes me look ridicule in the eyes of some citizens. But I think about my sister who sits alone at home during whole winter. Maybe she could watch movies or read a newspaper or even get back to her old friends? – said the president during the campaign. 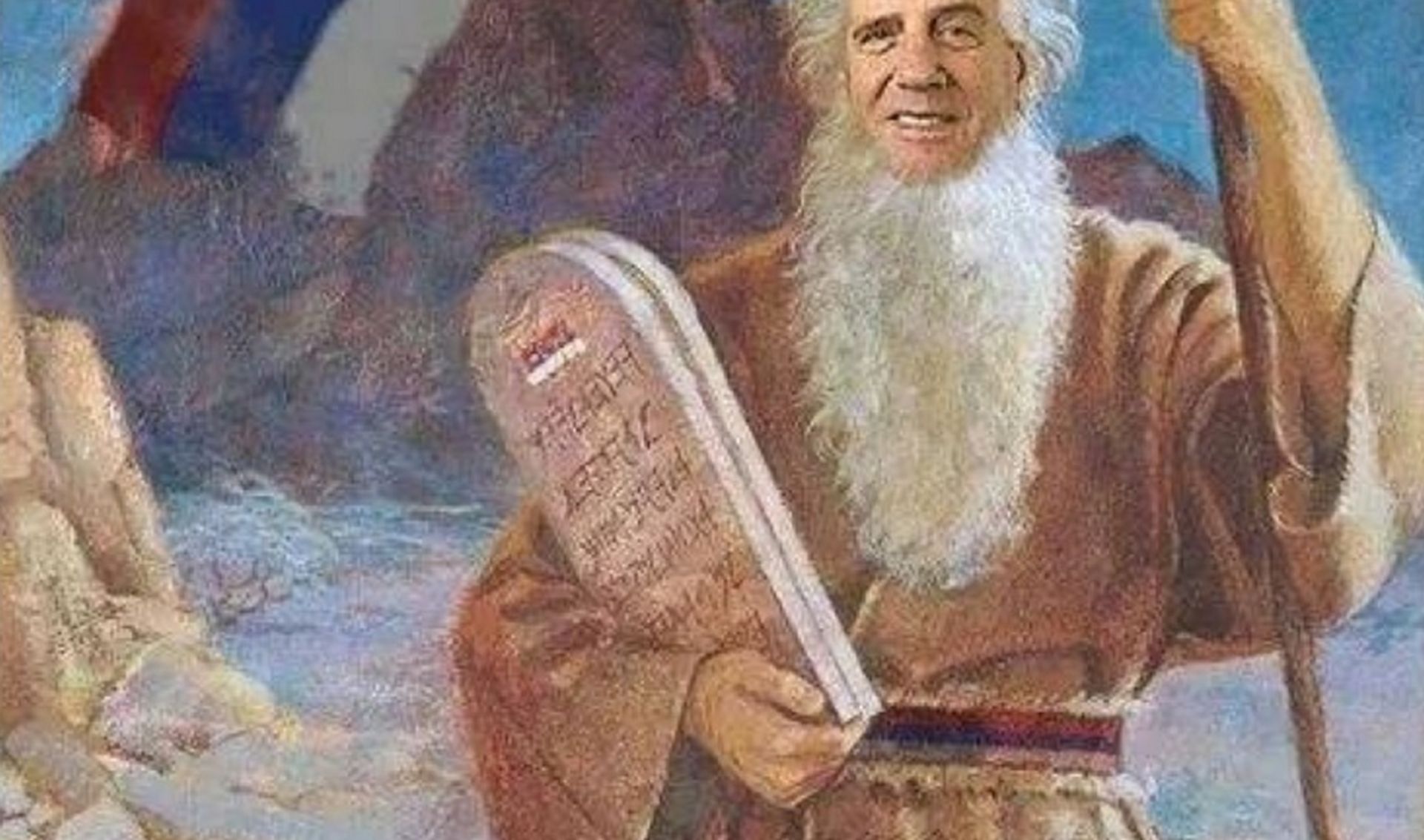 He won. In June 2015 retirees received one thousand tablets (those who had incomes lower than 24.4 thousand pesos / approx. 800 USD were the first ones to get it). They gathered on Independence Square in Montevideo and despite terrible cold grandparents were waiting for their turn. Now the project is being implemented in the provinces of Uruguay’s interior.

Cristina works for the organization Ceibal and organizes workshops for the pensioners. She admits that only 24 percent of houses managed by retirees have access to the Internet.

– In the tablet there is no word “application”, because old people can not understand what it is – Cristina laughs. – How do you explain what WiFi is? We say that it is a radio but antenna operates only at a distance of 200 meters. They often ask why they a given network in one place and they can’t find the same one at home. 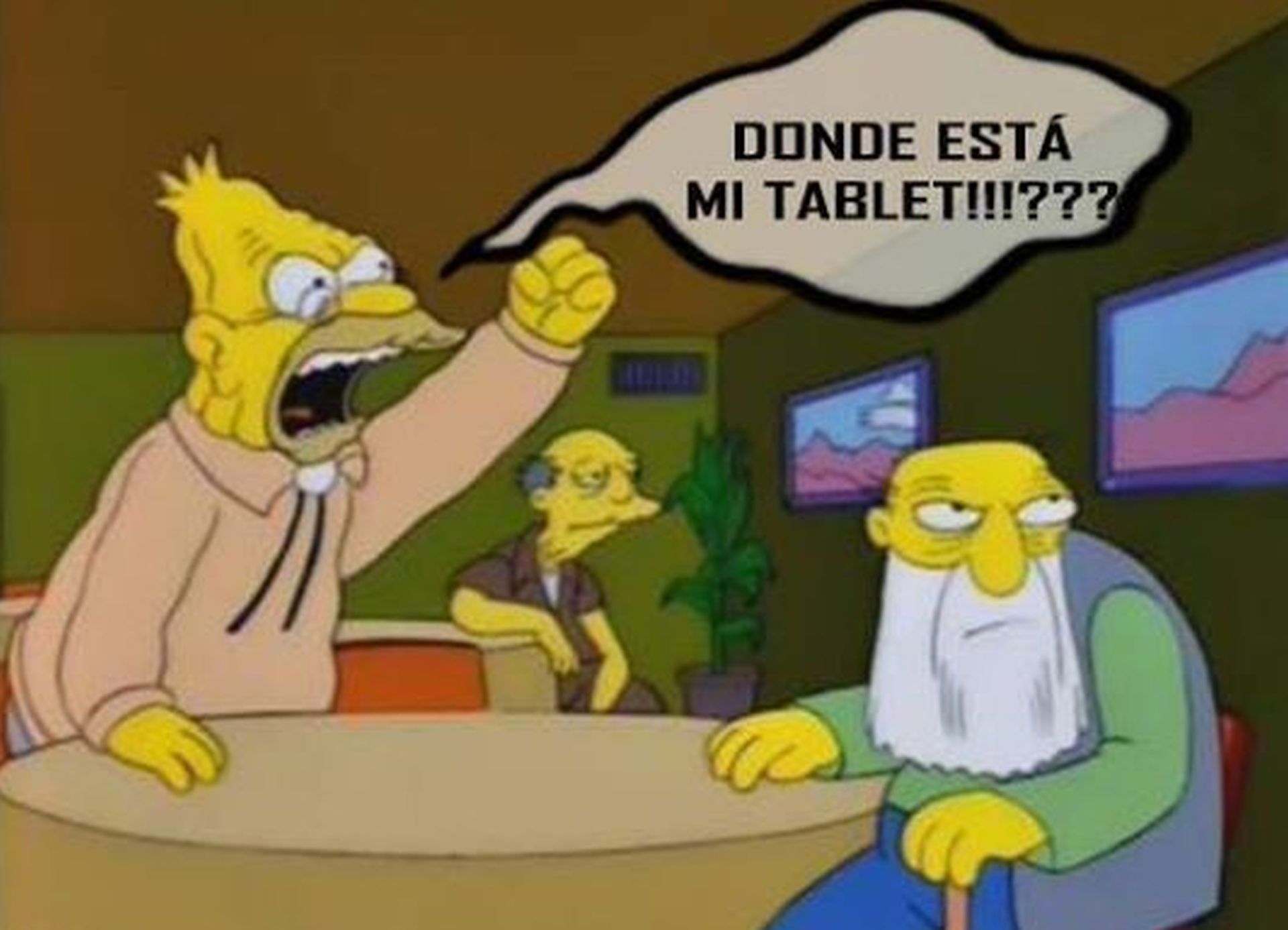 Each tablet has a gigabyte of free access to the Internet, several national television programs, newspapers, books, camera, Internet browser and Skype. And games! – They love Sudoku and Tetris, they can also train their memory this way – says Cristina.

– Our goal is to minimize the number of pensioners who due to age, income and residence are excluded from the virtual world. They share the same need to communicate with other people as young people do. Why should modern technology exclude them? – asks Cristina.

Under this program, which will be completed in 2020, 300 thousand pensioners will receive tablets.