Every year a promise embedded in the word “gold” misleads thousands of people. They live in filth and stench. On 5100 m.a.s.l..

Ramos always wears a mine coverall. Today he has done his shopping in it, he has voted in local elections in it and now he is walking across the streets of La Rinconada in it too. The streets are full of mud, trash and sewage. He is on his way to gold mine hidden in the black mountain covered with luminescent glacier hat. They call it “The Oldie”.

Not only the glacier shimmers in the sun beams, but also the whole highest city in the world. You can see the shimmers as you approach it from far away. Light shakes on the roofs of houses made of corrugated metal. There are no windows, no running water and no heating in them. These are the homes of the poorest residents of La Rinconada. We try to imagine what it’s like to live here in the city located on 5100 m.a.b.s.l. where it is never warm enough. 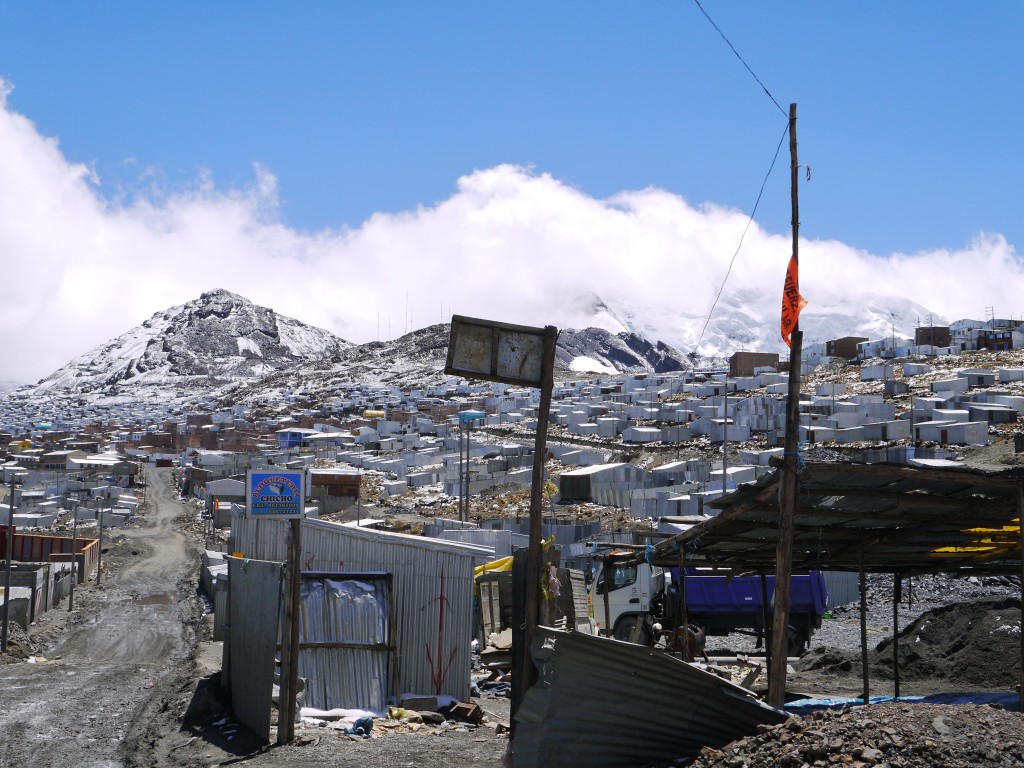 We get off the minibus straight and are struck by appalling stench. We cover our mouths and noses. It stinks so badly that we almost vomit. We can’t figure out if breathing here is so difficult due to the choking smell or lack of oxygen. Probably both.

La Rinconada is a wild, illegal settlement where people are forced to lead savage lives. There is no sewage system. They have to buy potable water in canisters. It’s too expansive (and too cold outside) to afford daily hygiene.

– I came here on my own. My wife visits me from time to time, she lives in Juliaca, four hours downhill from here. The work is tough but at least I have a contract – tell us Ramon on his way to the mine. – How much do I earn? As much as I can carry on my back – he laughs. Once a month every miner is allowed to take out as much stone as he can carry. He never knows how much gold he will find in the stone taken. Sometimes he earns 500 soles per month, sometimes – 2000. In both cases it is very far from calling it a fortune.

The population of La Rinconada doubled after worldwide economic crisis in 2008. Soon pimps and prostitutes followed the steps of illegal miners. They provide 24 hour service in houses made of corrugated metal up the hill. Often girls sell their bodies against their will. They have been kidnapped from lower cities or tempted by a promise of decent job as a waitress or cook, only to find themselves far from home with no money to go back. To kill time between shifts, the miners either pay for sex or sip beer at foldable picnic tables placed tight on the street. All of them in their coveralls. Crime index is very high which is no surprise since everywhere there are people walking with pieces of gold in their pockets and there are only 25 policemen to keep order in this city with one paved road. Yesterday there was an armed robbery in the place which purchases gold from miners. One man was transported to a hospital to Juliaca, four hours’ drive downhill. 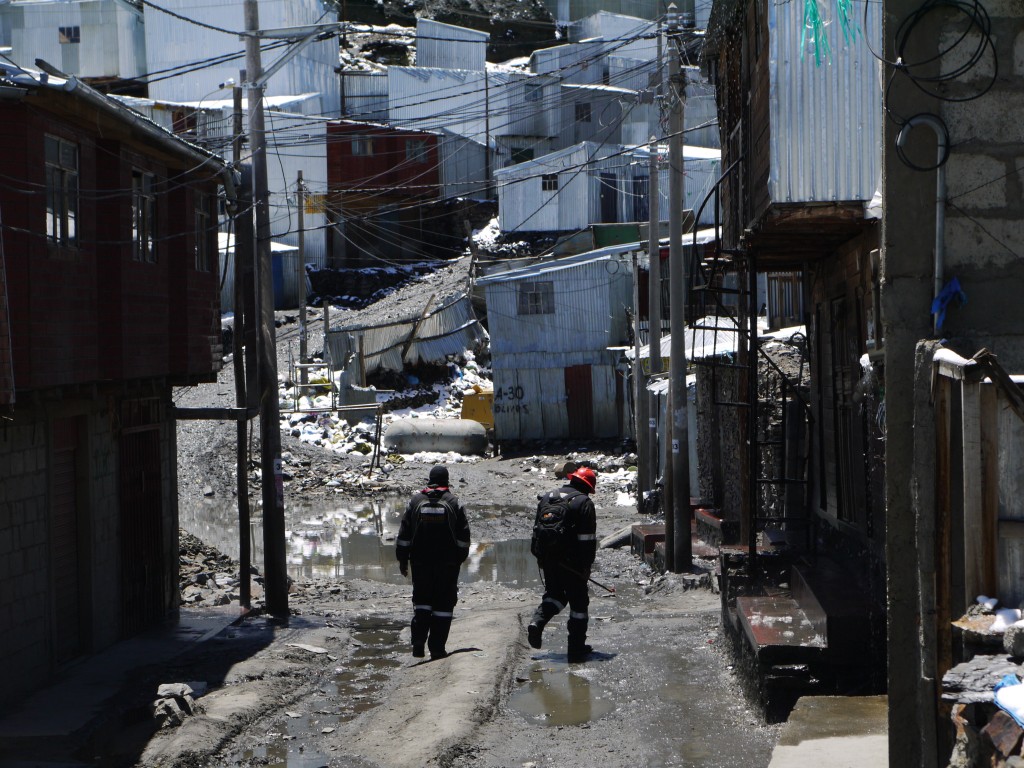 – Go to hell, gringos! Go back to your country! – women in indigenous outfit who get off a minibus start shouting at us. They don’t need to convince us anymore. La Rinconada is the least friendly place we have visited so far. After coming back home we can smell the stench of human faeces mixed with the stink of mud and garbage even in our hair. We take three showers.